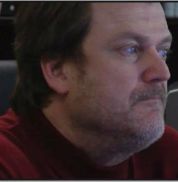 Sam has some insight into this. As the former CFO of Crazy Eddie, a company that eventually folded after a massive fraud was uncovered, he says that one of the keys to perpetrating the fraud for as long as they did was deflecting attention away from suspicious items. Always put the focus back on the positive; keep everyone looking away from the negative.

In that vein, Overstock’s CEO Patrick Byrne (who is the target of a federal investigation) seems adept at doing exactly that. Unless, of course, a fraud investigator or investigative reporter is looking at his numbers.

The issue this time surrounds Byrne’s usage of non-GAAP (Generally Accepted Accounting Principles) measures when discussing the second quarter numbers. He used “adjusted EBITDA,” which is another term for “I’m making up a number that makes us look good.”

Does anyone think it’s unusual for an executive to sit around and slice-and-dice the company’s numbers to see which made-up measure will cast the company in the best light? Of course it’s not unusual. Especially if your company has never turned a profit.

Overstock.com’s 8-K for the second quarter noted the following (bold added by me):

During Q2 we generated $14.9 million positive operating cash flow and $2.0 million positive EBITDA, excluding restructuring costs (“EBITDA excluding restructuring costs” is a non-GAAP number: see the reconciliation to operating income in the “Key financial and operating metrics” section below). Additionally, we generated $9.4 million positive trailing 12-month (“TTM”) operating cash flow. Our Q2 gross margins of 17.7% were a historical best for us. At this year’s start I suggested keeping an eye on contribution metrics (gross profits minus sales and marketing expenses): in Q2 our contribution margin was 12.3% (another record for us), and contribution profit grew 76% versus Q2 2006.

Did you catch that? The company’s EBITDA is negative, but not if Byrne haphazardly pulls out certain figures that will make another figure positive!

Overstock.com had a drop in inventory reserves, both in terms of dollars and as a percentage of gross inventory. A decrease in inventory reserves could be a way to add earnings to the bottom line, and inventory is one area of the financial statements that is very vulnerable to manipulation. And Sam points out that the “improvement” in operating losses is attributable entirely to this change in the inventory reserve:

Overstock.com played up the improvement in its gross margins as signs of a major turn around without explaining the effects of its reduction of inventory reserves on increased gross margins, reduced operating losses, and improved EBITDA.

In fact, Overstock.com’s reduction of inventory reserves in the second quarter was about $2.7 million. The comany’s operating losses dropped by about $2 million from the same quarter of the previous fiscal year. Therefore, Overstock.com’s entire reduction in operating losses for the second quarter of fiscal year 2007 can be attributed to its reduction in inventory reserves.

A second piece of the puzzle Patrick Byrne pretends to put together relates to a reversal of restructuring expenses from a prior quarter. In a prior period, Overstock booked a reserve for restructuring expenses related to its planned closing of its Indiana warehouse. An agreement was reached regarding the termination of the lease, and Overstock was able to reverse $1 million of that reserve. Essentially, $1 million of the “earnings” reported by Overstock isn’t really earnings at all, but does serve to boost that “adjusted EBITDA” number.

Yet on the flip side, Byrne wants us to exclude certain other nonrecurring expenses that would reduce his “adjusted EBITDA.” Byrne and company removed $6.1 million of expenses they called “nonrecurring” from their pretend EBITDA number and voila… Overstock.com goes from negative EBITDA to positive pretend EBITDA.

Sam did a great job of researching this issue, and it seems that in years gone by, Patrick Byrne was aware of how bogus “non-GAAP measures” were. Yet now, when it benefits Overstock by making the company’s performance look better, he is more than happy to use them.

Consider an interview with Greg Sandoval of CNET News.com on March 6, 2006. Byrne said in part (bold added by me):

I don’t know. We have a plan this year that we should cross the billion-dollar mark. Put it this way: Amazon, at our stage, was losing $1.2 million a year in operations. It made up a phony accounting standard–pro forma. And when it reached pro forma breakeven, Wall Street set off fireworks.

When it reached EBITDA (earnings before interest, tax, depreciation and amortization) breakeven, Wall Street wanted to declare it a national holiday. I’ve never used pro forma in my life. We’ve had some GAAP (generally accepted accounting principles) profitable quarters, plenty of operating profit and EBITDA profitable quarters. This year, with a little luck, we should be an EBITDA-profitable year, so I’m kind of comfortable with that.

In a 2005 Form 8-K filed with the Securities and Exchange Commission, Byrne said in part (bold added by me):

One of the first lessons I was taught was to watch out for companies with “one-time” charges, for rarely, if ever, did they turn out to be truly, “one-time.” Subsequent experience confirmed this. Of course, the world had not really discovered “restructuring charges,” let alone the mantra of “pro forma accounting” that the Internet would later spawn (“EBE: Earnings Before Expenses,” as one wag put it). I was similarly discouraged from calculating EBITDA (“That cash either counts the day it went out the door when you bought that ice machine, or as it depreciated, and GAAP depreciation turns out to be a pretty good approximation of how equipment really depreciates,” I was told).

The common failure of these variations is, it seems to me, this: they start by showing a way to look at a financial statement excluding certain events, but lead people to pretend that those events are not real. “EBITDA” might be a useful step in projecting the future cash needs of a business, but it misleads people into thinking that “depreciation” is not a real expense. Similarly, “restructuring” and “one-time” charges may in fact be only one-time charges, but that does not make them “not real” (and they usually turn out not to be “one-time” anyway).

So again, Byrne chides others who use these pretend accounting measures, yet in the most recent quarter, Overstock.com uses them to hype the company’s performance. From Overstock’s 8-K for the second quarter of 2007:

Therefore, we believe that discussing EBITDA excluding restructuring costs provides useful information to investors because it is a representation of cash generated from the operations of the business if the company had not originally incurred these costs.

It seems the non-recurring items are not only recurring, they are also increasing.

Note: All credit for research to Sam Antar.

5 thoughts on “Overstock.com and its phony earnings figures”