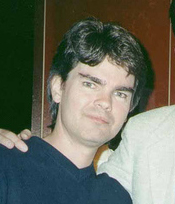 Today I got an email from Len Clements, the multi-level marketing evangelist and career college graduate who has been a vocal supporter of Usana Health Sciences (NASDAQ:USNA).

Len Clements published five disjointed “rebuttals” to the various reports, videos, and press releases put out by Barry Minkow and Fraud Discovery Institute about Usana. These rebuttals appeared to be a great source of pride to Len Clements, but were almost completely ignored by the media. Even better, the Len Clements writings were totally ignored by Usana, the entity he was so fervently defending.

Not one to be deterred, Len Clements is writing yet another rebuttal to Barry and FDI, this one on both Usana and Herbalife Ltd (NYSE:HLF). And he has been busy researching!

In the last eleven days, Len Clements has made 92 visits to my website. He’s spent hours combing through blog posts and articles on this site.

The purpose of  the rebuttal by Len Clements  is twofold: To attack the allegations of cheating in China (Didn’t that story come out over eight months ago? What’s taking so long?) and to prove a profit motive on the part of the many independent investigators, laboratories, attorneys, and professors involved in analyzing and reporting facts about Usana and Herbalife.

Len’s even got a folder on his computer desktop entitled “Coenen,” in which he saves copies of certain pages of this website. He’s been perusing my biographies, credentials, the fraud training services I provide, and the articles I’ve written. He’s been searching my site for: usana puts, usana short, usana, SEC is not that stupid, Bradford Richardson, and usana china.

Len’s email today asks if I’ve been paid to do any work on Usana or Herbalife, or if I’ve shorted either stock or bought puts for either stock.

It seems to me there are more pressing questions. I hope Len Clements is prepared to answer some hard questions about Usana and Herbalife. Until Len can answer these questions, his “rebuttal” to all the information produced by Barry and FDI is worthless.

Here are my top five questions for Len:

….executives lying about their credentials,

…representations that “Barry lied” with no actual support for those accusations produced by Usana,

…Usana insiders unloading stock for several millions of dollars of profits shortly before the release of Barry’s first report,

…tens of millions of dollars of profits made by officers and directors of both Usana and Herbalife through the sale of stock in the last couple of years alone,

…the bogus offer by Myron Wentz to take Usana private (which resulted in a nice little bump up in the stock price),

…and Bradford Richardson methodically exercising his options and immediately selling for a tidy little profit of $2.4 million before quitting (as predicted).

I could go on, but you get the picture. I hope this “rebuttal” by Len Clements is going to rebut all of the independently verified information above (good luck), and I hope it’s going to explain all these instances of lying and inconsistencies and insider profits from sales of stock.