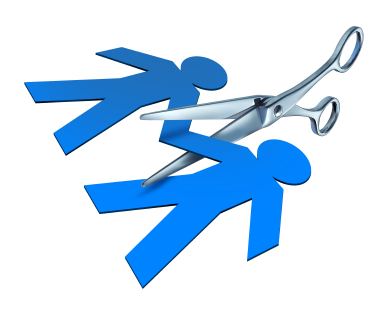 There are four widely recognized methods of calculating income in divorce cases. These four methods have been developed for use by the Internal Revenue Service in calculating unreported income in tax cases, and are the primary ways a lifestyle analysis can be completed.

Specific Items Method
One of the most straightforward ways to complete a lifestyle analysis is through an analysis of specific items of income. This method is possible when there are substantial documents detailing cash inflows, and is considered a “direct method” of verifying income.

Income-related information is gathered from bank and brokerage statements, tax-related documents, and business records. Inflows are identified and summed, theoretically verifying the income disclosed in the family law case. This method is easy to understand and present, which makes it an attractive option for evaluating claimed income. The court will easily be able to understand how income was calculated.

However, this method is rarely able to be used effectively in a family law case. If a lifestyle analysis is being used to calculate income, it is typically because it has been difficult or impossible to verify the party’s income. Presumably, documentation verifying income does not exist or has not been produced. With such documentation, a specific items analysis cannot be accurately completed. Occasionally, documentation evidencing hidden sources of incomes is acquired, and in that case, the specific items method may be viable.

Bank Deposits Method
The bank deposits method is an indirect method of proving income. Income is reconstructed by summing bank deposits made by the spouse. This method relies on the spouse making regular deposits into a business or personal bank account, and depositing all sources of income to the bank.

Like the specific items method, the bank deposits method can rarely be used successfully in a family law case to determine income. Spouses who intend to hide income will likely not deposit all income to known bank accounts. They may deposit funds to hidden accounts, either in their names or in the names of other individuals or entities, or they may avoid depositing funds all together.

For example, expenses could be categorized as mortgage payment, automobile lease, utilities, groceries, clothing, or similar categories. Expenses are best classified using the categories that are identified by your state. States assign their financial disclosure forms different names, and the forms include different categories. These categories should guide the lifestyle analysis and be the main categories that are used to classify expenses.

In addition to classifying expenses, the forensic accountant may also allocate expenses among family members. This includes the husband, wife, and children, but may also include extended family if the married couple was funding some of the extended family’s living expenses. For example, school tuition and extracurricular activities are for the benefit of the children, so they should be assigned to the children so the expenses may be treated properly when calculating child support.

This method of determining income is used by the federal government in criminal income tax cases. Because it is accepted in federal criminal cases, family courts often will accept this as a reliable method for calculating income.

There are negatives to using the net worth method of proof, however. First, it can be difficult to understand for someone without an accounting background. It is hoped that the financial expert can effectively explain the technique to non-accountants, but there is always a risk that the court may not understand. Second, opposing counsel will likely argue that the method is unreliable because it uses estimates rather than documented, exact figures.

However, the forensic accountant can (and should) point out that this method was necessitated by the lack of data and documents, and was the best alternative. It should be further demonstrated that all estimates were made carefully, and when documentation was available, exact figures were used.