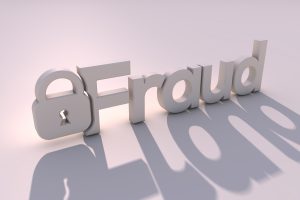 Fire drill training in grade school always included the mantra, “Stop, drop and roll.” This was the prescribed course of action if you were on fire. Professionals sometimes refer to tragedies in companies as fire drills. When a major internal theft occurs, it is akin to catching on fire, and needs to be met with swift action.

Where there is smoke, there might be fire. There are numerous potential red flags that might point to internal theft – things like missing or altered documentation, numerous unexplained accounting entries, excessive customer complaints about account balances, and disregard or override of procedures.

While one red flag alone does not necessarily mean a fraud has occurred, the presence of numerous red flags increases the suspicion of internal fraud. It is important to quickly identify the red flags, determine who might be responsible, and take quick action to extinguish the problem.

A “four-alarm fire” doesn’t have to exist before you do anything about it. Small frauds might merit an investigation as much as large frauds do.

No matter what the size of the fraud, investigations are important, because they send a message to employees that fraud will be met with action. This is a critical part of controlling internal fraud, as the single-most effective fraud prevention technique is the “perception of detection.” When employees perceive that management is actively looking for fraud and punishing the offenders, they are less likely to steal.

The second major reason for investigating allegations of fraud is to put out the fire at hand. It is just common sense that the quicker a fraud is halted, the less the company loses.

Naturally, when company officials become aware of a potential fraud, it is advisable to involve counsel. Additionally, it might be advisable to include internal or external auditors, human resources, private investigators, or other professionals.

The roles of all professionals involved in the investigation should be very clearly defined. Not everyone can be the chief; without the front-line firefighters, no fire would ever be put out. Careful consideration should also be given to issues of confidentiality and loyalty. Determine whether judgment could be clouded by an allegiance to the suspected thief.

Putting Out the Fire

The first step after mobilizing the fire-fighting team is to create a plan of action. Effectively fighting a fire requires a systematic approach based upon standard operating procedures. It is equally important to have an overall plan for investigating a fraud.

The next step in a fraud investigation is gathering documentation. It is important to quickly secure any and all records that might pertain to the suspected theft. Err on the side of caution. Gather more documentation, rather than less. It can always be eliminated from the investigation at a later date.

And don’t forget that “documentation” includes both paper and electronic evidence. Secure computers and computer files so that they cannot be altered. Be aware that the legal process may require the company to show the chain of custody of electronic evidence. If you have any reason to believe that this might become an issue, carefully consider involving technology professionals with significant experience in electronic evidence discovery and preservation.

Gathering evidence to support or refute your fraud theory also includes interviewing company personnel. Proceed cautiously with interviews. They have the potential to make or break the investigation. It is advisable to first interview those who are least likely to have anything to do with the fraud. The provide information about procedures, daily operations, and their knowledge (if any) of the fraud.

Continue interviewing personnel, leaving for last those who are suspected of participating in the fraud. These might be the most critical interviews, and you should have most or all of your facts and evidence in order prior to conducting them.

Remember to make employees feel comfortable throughout the interview process. Some employees will naturally be upset that a fraud might have occurred. Or they might simply be upset that they are being asked questions. Advise personnel that you are limiting the information distributed in order to maintain the integrity of the investigation. The more an investigator can help employees feel at ease, the more likely she or he is to gather as much information as possible.

All documentation must be carefully analyzed by someone experienced in fraud detection. A fraud investigation is substantially different from a traditional audit, so it needs to be completed by the appropriate professional.

Evidence obtained during the course of the investigation should be evaluated together. This means considering how the documentation, electronic evidence, interview results and financial analysis relate to one another. Fraud investigation findings are often summarized in a report. Conclusions and opinions should be as objective as possible, and should be clearly based upon the evidence gathered.

Wrapping up the Drill

The results of an investigation can lead to a variety of actions. Company officials might pursue the thieves criminally or civilly – or they might decide to do nothing. This decision rests upon the evaluation of several things, including the quality of the evidence and the ease of prosecution. Fraud schemes can by highly complex. Even with solid evidence of the crime, it might be difficult to explain the methods of theft to a jury.

Further considerations include a company’s fear of negative publicity or reluctance to incur additional professional fees. Managers sometimes decide they would rather put their money and energy toward building the business, rather than pursuing a thief.

The most important part of firefighting and fraud detection is to have the right individuals on your side. This includes experienced, competent professionals. If you utilize the most effective people, they will know how to lead your investigation in the right direction for the best results.