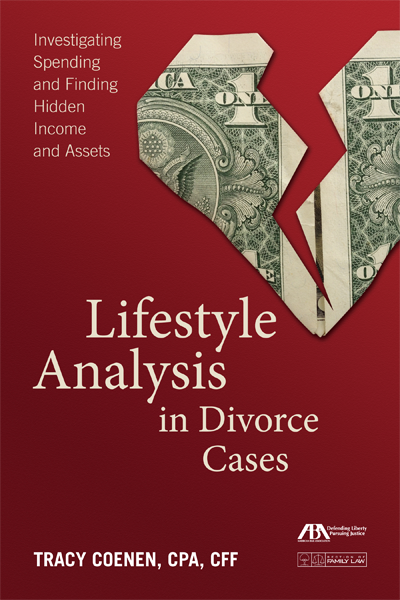 In a typical divorce with one or both of the spouses having traditional jobs and earning middle to upper class wages, the calculation of alimony and child support are pretty easy. States have charts or standard percentages that are applied to the income to figure out how much one spouse should pay the other each month.

With high income households, it is not necessarily so easy. This is especially true for ultra high net worth clients. In those cases, the courts will look to the standard of living during the marriage. A forensic accountant will evaluate the cost of the lifestyle of the parties during the marriage (and also the lifestyle of the children) and that analysis will be used by the court in calculating support payments.

Attorneys and financial experts sometimes argue that historical expenditures of the family (without any adjustments whatsoever) are the sole basis on which the standard of living should be established.  This approach is sometimes upheld by courts, but it often is not a good way to calculate the standard of living because unusual things happen before and after divorce. The only way to properly account for those unusual situations is through adjustments to the historical expenditures.

I will walk through these factors in future posts.