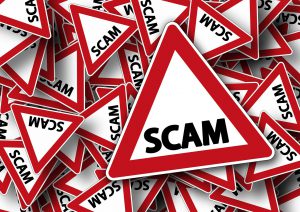 So how do you protect yourself? Look for red flags. Elaborate stories that don’t seem to make any sense. Someone who wants things kept secret (because they don’t want anyone else talking sense into you). People who limit communications or won’t meet in person. Someone who is moving way too fast in the relationship.

But the best way to protect yourself is to simply not give any money to anyone you’re chatting with or dating.  You may not be able to protect your feelings, but you can certainly protect your bank account with 100% certainty.