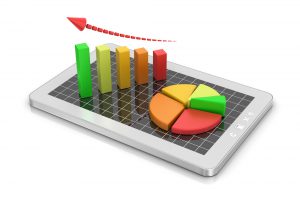 A fraud by a trusted employee is often devastating to management, both financially and emotionally. A company can be thrust into turmoil because of a significant theft, and it’s important to approach the situation methodically in order to mend the damage and prevent future occurrences. The company can recover from an internal fraud by focusing on three key areas, in addition to completing a thorough investigation of the fraud.

Financial Considerations
A company hit with a significant internal fraud is often left with a financial mess. Cash has been depleted, and many times debts have also mounted. It is critical for executives to quickly get a handle on the current financial situation and create a plan for digging out of the mess.

A sizable fraud can cause a company to violate loan covenants, so the company needs to come up with a viable plan for emerging from its financial circumstances. With a solid and realistic plan, the company is more likely to receive cooperation from its bank. If continued financing is secured, that can go a long way toward successfully emerging from the loss.

A good financial plan will include an analysis of current cash, receivables, and debts. It is important to know how much was stolen, over what period, and what the operating results might have been without the theft. Then an analysis of projected sales, profits, and cash flow should be done in order to reasonably determine whether or not the company can survive the loss.

The financial analyses are not easy to complete and likely will require the assistance of a forensic accountant to sort out fact from fiction during the period of the theft. A company can’t really know where it is going until it knows where it has been, and that requires separating normal operations from the internal theft.

Executives should also consider the possibility of recovering the stolen funds, either through insurance or from the perpetrator. Unfortunately, companies rarely have sufficient insurance to replace all stolen funds. Even more unfortunate is that fact that companies are rarely able to recover any significant funds from the thief. Realistic estimates of recoveries should be included in the financial projections.

Effects on Employees
One of the most devastating effects of an internal theft can be the negative impact on employee morale. Employees feel betrayed and cheated by the thief, especially those who worked very closely with the thief. The perpetrator didn’t just steal from the company, she or he stole from every honest employee who works there.

Working next to someone who is lying on a daily basis causes employees to doubt one another. The violation they feel can’t help but spill over into their daily job duties. Employees are also well aware that an internal fraud can put a company’s future in jeopardy, and that may cause them to lose focus on their job duties.

It is important for management to help employees deal with the fallout from the fraud. This includes giving them information about the theft, without compromising the investigation or possible legal action. Group meetings tend to work well because everyone gets the same information at the same time.

A group meeting is also an opportunity to remind everyone that “we’re in it together” and that management is doing everything they can to help the company emerge from the crisis. Finally, group meetings can be cathartic for employees who feel violated by a thief’s actions, and they offer employees the chance to empathize with one another.

Another important aspect of recovering from a fraud is the punishment of the offender. The remaining employees need to know the company takes swift action against those who steal. This sends a message to employees that dishonest behavior will not be tolerated. It also can help employees feel a sense of justice against the perpetrator.

Management should not be afraid to let employees know that there are consequences for theft. Consistently enforcing the rules and punishing offenders can have an important deterrent effect on other employees.

Preventive Measures
The final piece of recovering from a internal theft is preventing fraud in the future. If management learns anything after suffering an internal fraud, it should be that additional fraud prevention controls are necessary. Naturally, the vulnerabilities revealed after the theft should be addressed first, and any holes in the system should be closed.

Job duties should be analyzed, and some of the tasks may need to be reassigned in an effort to divide control of various functions. This segregation of duties may be necessary to avoid placing too much control in the hands of any single employee. Segregating duties is one of the most basic fraud prevention controls that all companies should implement.

Companies should strongly consider establishing a fraud hotline through a reputable provider of hotlines. It is an inexpensive way to give employees an anonymous, confidential way to report suspected wrongdoing. Statistics show that an employee tip is one of the most common ways that internal fraud is discovered, and a hotline can help facilitate the reporting of fraud.

More extensive fraud prevention measures include creating stronger internal controls and completing regular audits of vulnerable areas of the company. This process, if done correctly, can be time-consuming. However, bad internal controls are usually no better than the absence of controls, so the time investment is worthwhile.

I recommend that companies work with a qualified anti-fraud professional to help develop the best fraud prevention policies and procedures. Those who have investigated hundreds of frauds have hands-on experience that is invaluable in creating effective anti-fraud controls.

Management can and should commit themselves to strong controls and a culture in which ethical behavior prevails. It is not easy to recover after a significant fraud by a trusted employee. It can be an expensive process with a major time commitment, but if done right, companies can emerge stronger than ever.