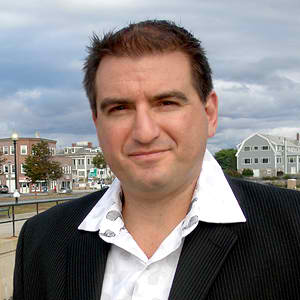 First, Randazza won an anti-SLAPP motion. Despite being a California plantiff, Tobinick filed suit in Florida. He may have hoped that California’s anti-SLAPP law wouldn’t follow him there. He would have been wrong. From the order (emphasis mine): END_OF_DOCUMENT_TOKEN_TO_BE_REPLACED

Carlos Miller has been a First Amendment Champion for years. He has been unlawfully arrested multiple times for filming and photographing police activity and other happenings in public areas. Marc Randazza alerts us to the latest injustice involving Carlos Miller.

On Sunday night, Carlos Miller was lawfully filming at the Miami-Dade Metrorail, when 50 States security personnel attacked and choked him. The five minute video on Miller’s site, Photography is Not a Crime, shows that he and a friend were minding their own business and shooting some harmless video when they were confronted by security guards. END_OF_DOCUMENT_TOKEN_TO_BE_REPLACED

Last week Marc Randazza, his wife Jennifer, and his daughter Natalia filed suit against “investigative blogger” Crystal Cox in United States District Court in Nevada. The suit is a treasure trove of tales about a nutty blogger who fancies herself an investigator and protector of civil rights.

The backstory has been covered here before. Crystal gained her nutty notoriety because of her attacks on Kevin Padrick and Obsidian Finance. In steps Marc Randazza, noted First Amendment lawyer, who considered representing Cox in that case. After that went south, Crystal Cox started buying domain names which included the names of Randazza, his wife, and their three-year-old daughter. She  offered Randazza “reputation management services,” whereby she would refrain from posting defamatory things about him on her websites if Randazza paid her enough. That, my friends, is extortion.

In the early 1990s, Trudeau pleaded guilty to larceny and did time for stealing money via consumers’ credit cards. In 1996, Trudeau had legal troubles relating to his participation in Nutrition For Life, a multi-level marketing company that was accused of being a pyramid scheme. END_OF_DOCUMENT_TOKEN_TO_BE_REPLACED

Marc J. Randazza is a truly amazing First Amendment Attorney. His firm, Randazza Legal Group is based in Las Vegas, but they handle cases across the country. It is impossible to appreciate how brilliant Marc is unless you have actually worked with him, and I have had that honor.

Marc and his team blog at The Legal Satyricon, a no-holds-barred publication where the lawyers speak their minds on all sorts of current events. He is an amazing writer, not just on the blog. I have had the pleasure of reading several of Marc’s briefs, and they are engaging, entertaining, and compelling. END_OF_DOCUMENT_TOKEN_TO_BE_REPLACED

As the United States goes back to normal, following our remembrance of September 11, 2001, one of the most offensive bits of “normal” continues at airports. We, the citizens of the United States, allow the Transportation Security Administration to shame, humiliate, and violate us every single day. (See a photo of the kind of thing I’m talking about here.)

Today I focus on one Thedala Magee, a TSA employee who violated Amy Alkon in an airport. What Thedala Magee did, as described by Alkon, is nothing short of sexual assault. But it was sanctioned and allowed by our government in the name of “safety” at airports.

You may have already heard the story about Thedala Magee’s lawyer, Vicki Roberts, sending a threatening letter to Amy Alkon, demanding $500,000 for publicly saying that Magee raped her. END_OF_DOCUMENT_TOKEN_TO_BE_REPLACED