The company disclosed in an SEC filing today:

Herbalife disclosed in May that it had entered into a settlement agreement with the government. Today’s court proceedings make it official.

It’s fun to see pyramid schemes being held to account, even if it doesn’t happen often enough. 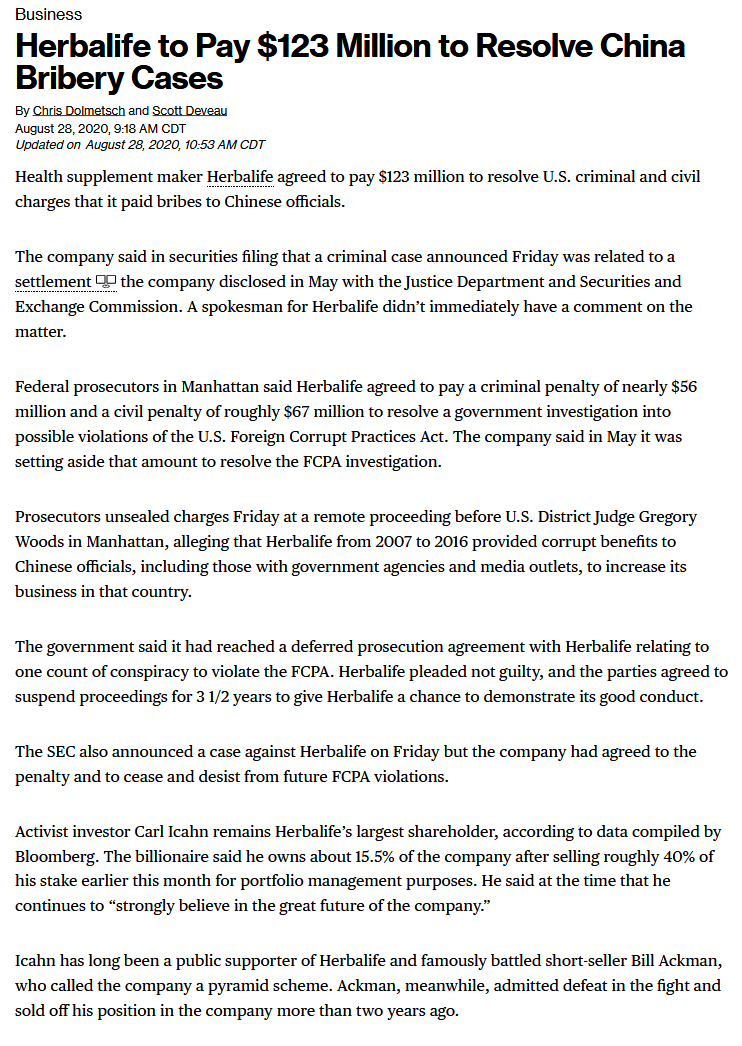 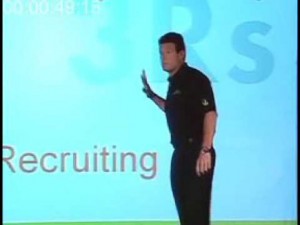 So why would Herbalife want to make a bogus copyright claim? Because the clip of CEO Michael Johnson put the company in a really bad light. And we can’t have that! END_OF_DOCUMENT_TOKEN_TO_BE_REPLACED

The key findings include:

END_OF_DOCUMENT_TOKEN_TO_BE_REPLACED 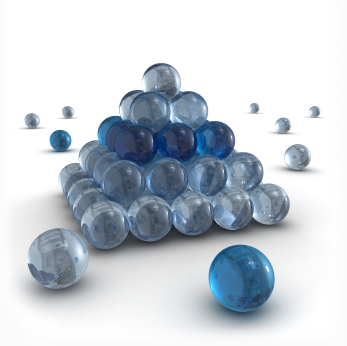 This is the defense that every MLM company uses. “We have a product. People buy it. Therefore we are not a pyramid scheme.” END_OF_DOCUMENT_TOKEN_TO_BE_REPLACED

Former KPMG audit Partner Scott I. London brought great shame to the accounting profession this week by being charged with conspiracy to commit securities fraud through insider trading. After nearly 30 years with KPMG, London went down in flames after being caught passing insider information on audit clients of the Los Angeles office to his “friend,” Bryan Shaw.

Proving once again that there is no honor among thieves, Shaw got caught first, and then sold out his friend Scott to the Feds.  He helped them get a gorgeous trail of evidence, including phone calls and photographs of the crime.  Both are now charged with insider trading. END_OF_DOCUMENT_TOKEN_TO_BE_REPLACED

And The Post says that other complaints by consumers had notes referring to a “pending law enforcement action.” END_OF_DOCUMENT_TOKEN_TO_BE_REPLACED

At yesterday’s big Herbalife investor day, the company paraded around Anne T. Coughlan, a marketing professor at Northwestern University, who proudly proclaimed that Herbalife is not a pyramid scheme. No, it is a legitimate multi-level marketing company.

In July, Coughlan published this paper on Herbalife, concluding that Herbalife is squeaky clean. Let’s be clear. Herbalife paid Coughlan to publish this paper. The paper notes:

This document was prepared with the financial and data support of Herbalife
Ltd. END_OF_DOCUMENT_TOKEN_TO_BE_REPLACED

Herb Greenberg, a stocks commentator for CNBC did a ten-month investigation of multi-level marketing company Herbalife. Its conclusion is this 20 minute documentary, and the timing couldn’t be better. Herbalife has been accused of being a pyramid scheme again, this time by Bill Ackman of Pershing Square.

Despite the fact that CEO Michael Johnson claims he’s never heard of Herbalife being referred to as a scam, there are plenty of people who will tell you different. This documentary is a very, very good piece and well worth the time to watch.

Herbalife CEO Michael Johnson says he’s never heard anyone refer to HLF as a scam in the last ten years. Funny, but it seems the internet has heard such things. So much that Herbalife distributors write articles and produce videos that attempt to rank well in Google for the search phrase “herbalife scam.” If their pro-Herbalife  information is all that shows up when a potential distributor is searching for the truth about the company, the “negative” side will never be seen.

Thanks for this video, Salty Droid! END_OF_DOCUMENT_TOKEN_TO_BE_REPLACED

As we patiently wait for Herbalife’s “analyst and investor meeting” on January 10 to address the pyramid scheme allegations made by short seller Bill Ackman, there is plenty of good discussion of HLF around the world wide web.