More than two years ago, I mentioned here a news story about a Ponzi scheme called Tri Energy Inc. The Securities and Exchange Commission first took action against the company in 2005:

The Securities and Exchange Commission yesterday obtained a temporary restraining order, an asset freeze, and other emergency relief, in a civil action filed against several individuals and entities alleged to be perpetrating an ongoing affinity fraud and Ponzi scheme. According to the Complaint, defendants have defrauded hundreds of investors of over $12 million by promising returns of 100% or more within 60 days. The Complaint alleges that defendants have been telling investors that these extraordinary profits were to be generated in part by helping an unnamed Saudi Arabian prince move gold from Israel through Luxembourg to the United Arab Emirates. In reality, according to the Complaint, although some money has been paid out to investors, these funds appear to have come from new investor money, and substantial amounts of investor funds have been transferred to bank accounts controlled by the proposed defendants and relief defendants. END_OF_DOCUMENT_TOKEN_TO_BE_REPLACED 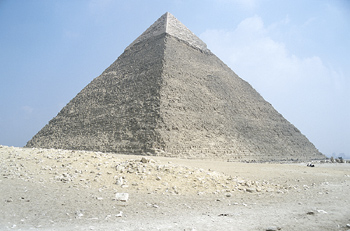 A new essay recently posted on the False Profits Blog addresses a question many of you  have raised.

Why are multi-level marketing pyramids and financial ponzis able to ensnare so many people today? What is the power behind this Main Street epidemic?

This question goes beyond the lack of law enforcement, the failure of the FTC and SEC, or the difficulty of grasping “exponential expansion.” END_OF_DOCUMENT_TOKEN_TO_BE_REPLACED

Recent news of the alleged $50 billion Ponzi scheme perpetrated by investment advisor Bernard L. Madoff has done nothing to ease the fears of investors who have been annihilated by the stock market over the last couple of months.How does an investment opportunity go from being a legitimate investment vehicle to a pyramid scheme? In this case, it is alleged that Madoff invested the money of clients, but lost it and didn’t want to admit it. Instead of alerting investors to the losses, he used the money of new investors to pay “returns” to the original investors.

This is a classic Ponzi scheme, in which money is collected and spent or lost, and new marks must be recruited to “invest” new cash into the scheme. The pyramid grows, and requires continuously larger “investments” of new money in order to pay existing participants their phony returns. So long as the operator can continue to recruit marks and keep new money flowing in, the pyramid stays afloat.

How does a scheme like this grow to an estimated $50 billion in losses? It’s hard to imagine, but it is alleged that this operation was conducted in secret. Employees say the investment advisory business was run on a secured floor that was separate from the offices of the company’s core business of market making. END_OF_DOCUMENT_TOKEN_TO_BE_REPLACED

Another fraud busted by Barry Minkow, this one a pyramid scheme called MX Factors. The head of MX Factors was charged with federal crimes initially uncovered by Minkow and his Fraud Discovery Institute. Current target of an informal SEC investigation, Usana Health Sciences, hopes that Minkow has no credibility. It looks like they’re dead wrong.

A U.S. District Judge in California ruled against Tri Energy Inc., H&J Energy Company Inc., and several others last week. The defendants are permanently enjoined from committing violations of Securities and Exchange Commissions rules. Specifically, they may not solicit investments of the type at issue in the case. Defendants were also ordered to pay disgorgement and civil penalties. END_OF_DOCUMENT_TOKEN_TO_BE_REPLACED

Ponzi demonstrated to himself that he could achieve astronomical profits with the postal reply coupons, a far better return on investment than interest paid by the banks or profits created in the stock market.

His investment pitch included the mention of the International Reply Coupons, as he was depending upon the legitimacy of the U.S. Postal Service to bolster his image. However, Ponzi was careful not to give away too many details of his plan, lest potential investors would become skeptical or steal his idea and start companies of their own. END_OF_DOCUMENT_TOKEN_TO_BE_REPLACED

Charles Ponzi could be described as a clever businessman, or a ruthless cheater, depending upon how you look at him. I view him primarily as a charismatic leader who was able to convince people to give him large sums of money, even when they did not understand his investment scheme.

After an unremarkable professional life and a stint in prison, Mr. Ponzi devised a scheme utilizing .postal reply coupons. in the early 1900s. These coupons were included with letters to family, and the family could redeem the coupon at the post office for postage on a return letter. Mr. Ponzi.s scheme seemed simple: trade international postal reply coupons to turn a profit. END_OF_DOCUMENT_TOKEN_TO_BE_REPLACED

James Lewis Jr., the operator of one of the largest Ponzi schemes in U.S. history was sentenced to 30 years in prison last week. That was the maximum sentence that could be imposed. He was also ordered to pay $156 million in restitution.

The Ponzi scheme lasted for almost 20 years, and took in $311 million. Lewis represented to investors that he was earnings returns of 18% to 40% by investing in leased medical equipment, financing medical insurance, making commercial loans, and buying and selling troubled businesses.

In reality, Lewis was using money from new investors to pay of old investors, the classic Ponzi scheme. Some investors received money back from the scam, leaving a loss of $156 million for the later investors.