Milwaukee alderman Michael McGee (Jackson) has been arrested again. No one is saying what he was arrested for, but the Milwaukee County District Attorney’s office has said that their office and the U.S. Attorney’s Office will release information tomorrow. McGee/Jackson is a criminal and an embarassment to our community. I can’t wait to see what he’s accused of doing this time.

Quite a lot happened this past week at Overstock.com. Is the house of cards finally falling down?

Some think so. Gary Weiss even wrote a blog post entitled “Will the Last Overstock.com Director Please Turn Out the Lights.” And Sam Antar is wondering why people are distancing themselves from CEO Patrick Byrne.

The Overstock.com directors are dropping. It’s always a bad sign when one’s daddy is the first to resign from the Board of Directors, don’t you think? The stated reason for the departure of John J. Byrne was:

On July 31, 2006, John J. Byrne announced his retirement from the Board of Directors of the Company due to his new role as Chairman of White Mountains Insurance Group. The resignation did not result from a disagreement with the Company on any matter relating to the Company.s operations, policies or practices.

It is interesting that the resignation supposedly has nothing to do with disagreements, but in an interview with CNet News a few months earlier, Patrick admitted that he and his father disagreed about his “jihad against short sellers”: END_OF_DOCUMENT_TOKEN_TO_BE_REPLACED 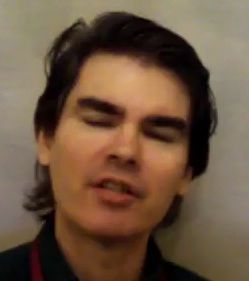 Len Clements went crazy on the Yahoo discussion board to this earlier this week, posting as mwave43: END_OF_DOCUMENT_TOKEN_TO_BE_REPLACED

I am so happy and proud that Jessica McBride is standing up for herself against media bullies who are getting it all wrong. Jessica was recently releasd from her position as evening talk show host at 620 WTMJ, and their story keeps changing.

The worst part of all of this is idiots in the media comparing Jessica to Don Imus or Michael McGee Sr. Let’s get this straight. Jessica did a piece on her show, in which she asked a non-existent guest (Eugene Kane) if he now thinks there’s a violent crime crisis in Milwaukee after the murder of an inncoent little girl.

Tim Cuprisin had the nerve to compare Jessica to McGee, a man who regularly used the N word and who hurled vile insults at anyone in his path. His latest stunt was applauding the tragic death of another radio show hosts’s mother. Cuprisin also compared her to Don Imus, who used a racial slur on the radio.

Wake up! What Jessica did was nothing like these men did, and in fact she is to be commended for drawing attention to an issue (violent crimes in the city) that needs to be discussed.

PR 101
Don’t put someone in a position where they have to defend their honor and reputation.

Furthermore, PR 101B.
If you are going to put someone with a prominent blog in a position where they have to defend their honor and reputation, don’t keep endlessly switching your story in emails to upset listeners, putting said blogger in the annoying position of having to defend her honor all over again and hacking off upset listeners more because they see through the shell game. And don’t switch the stories in writing because your emails will probably end up in the hands of the talk show host with the huge megaphone across town. Oh, and don’t copy the person with the blog on some of the emails with switching stories.

I admire Jessica and her work, and I praise her for being willing to discuss and expose unpleasant issues that need to be talked about.

Does anyone remember when all the voter fraud occurred in Milwaukee and our good mayor couldn’t believe it? He said that someone should give him “just one name” of someone who voted illegally. Here are two more… According to the Milwaukee Journal Sentinel, two people have been charged with voter fraud by the Milwaukee district attorney’s office:

Brenity Gayton, a felon on probation for forgery, and Roderick Douglas, on parole for his convictions of robbery and burglary, each admitted to investigators that the poll records showing they voted in November are accurate, according to criminal complaints filed against each of them this morning. END_OF_DOCUMENT_TOKEN_TO_BE_REPLACED

Zac over at BloggingStocks posted a nice piece on Usana Health Sciences. He’s right on the mark when he says that Barry Minkow caught Usana fighting dirty!

Following a YouTube video by Minkow regarding how overpriced Usana vitamins are compared to the competition:

Usana contacted the owner of one of the stores, Nutrimart, threatening to sue him if he didn’t demand that Minkow remove the video from YouTube. They accused him of unfair competition.

But Brian Mohr didn’t back down. In an email, he told BloggingStocks that he had not even heard of Usana before he was approached by Minkow with request for comparable products. However since then, he has “discovered several people I already knew had been ‘taken’ by this company. I have numerous people that have stories of their involvement. I really feel this is a big story waiting to become even bigger. Layer upon layer peels back only to reveal more craziness.”

The only one guilty of misrepresentation is Usana…Neither Nutrimart nor Mr. Minkow should be accused of misrepresentation, but Usana should be when it attempts to justify the substantially higher price and superiority of their products through pseudoscience and innuendo appealing to some scientific criteria which do not exist.”

John S. Carter, former president of the Independence Seaport Museum in Philadelphia was charged this week with mail fraud and tax evasion. He is accused of stealing more than $1.5 million in improper vendor payments. He submitted invoices to the museum for items of personal use, including home imporvements, electronics, housewares, clothing, jewelry, and art.

Last year, after serving as museum president for 17 years, Carter was fired and the museum filed a civil suit against him alleging fraud to the tune of $2.4 million.

The alleged theft has been ongoing since 1997, when Carter spent $335,000 of museum funds to build a carriage house next to his home. The fraud also included using museum funds for:

Overstock.com CEO Patrick Bryne engages is more bizarre stuff than I can keep up with. Seriously.

The guy posts on the Investor Village message board for Overstock.com as “Hannibal.” His latest rant is critical of an article on Barrons.com. If you have a hard time following Patrick’s delusions, don’t worry. You’re not alone.

The Barrons article discusses the stock market activity of terrorists. The writer’s take on it apparently doesn’t satisfy Byrne, who writes:

The Stage of Circumlocution Wow. This is wild.

“INSTRUCTIONS: You are to write an article about criminals manipulating stock markets on an international scale. However, under no circumstances will you mention ‘naked shorting’ or even ‘shorting.’ Instead, refer to ‘puts,’ even if you have to write some terribly awkward sentence like, ‘A… scenario in which terrorists buy millions of dollars of put options and blow up buildings or airplanes to increase the puts’ value….’ In addition, you will not say anything negative about hedge funds. Actually, we’d prefer if you don’t mention them. If you must, just refer to ‘substantial liquidity pools.”

Does anyone else wonder if Overstock’s lawyers or auditors ever tell Byrne to just shut up already?

Gary Weiss has a great post at Seeking Alpha about Overstock.com, head clown Patrick Byrne, and the Overstock code of ethics. (What ethics?)

Using “ethics” in the same sentence as the corporate chamber pot “Overstock.com” (OSTK) is inherently absurd, I know. But one of the pitfalls of post-Enron reforms — if you’re a slippery, blame-shifting, critic-smearing CEO like Overstock’s Patrick Byrne — is that unethical conduct may not just be morally repugnant. It may fall afoul of the securities laws.

Sam Antar has been raising many issues that Overstock would rather the public not hear about.? Namely, there are these little instances in which it would appear Overstock executives clowns Patrick Byrne and Judd Bagley appear to exaggerating or making deragatory remarks.

According to the Overstock.com code of ethics:

Business records and communications often become public, and we should avoid exaggeration, derogatory remarks, guess work, or inappropriate characterizations of people and companies that can be misunderstood. This applies equally to e-mail, internal memos, and formal reports.. In accordance with these policies, in the event of litigation or governmental investigation please consult with the company.s General Counsel.

Only last weekend, “Baghdad Byrne” posted a ludicrous series of nutty, evasive message board posts to slip-slide around his year-late disclosure of an SEC subpoena.

Despite being appointed the company’s chief flack, Bagley continues to harass and stalk critics of Byrne and Overstock without disclosing his identity and corporate affiliation with each post. Indeed, as noted by O-Smear, Bagley in one post actually made fun of Regulation FD. In that now-deleted post he admitted to being a Yahoo screen name that has recommended purchase of Overstock shares.

I wonder if the SEC takes the same flip view of FD as Overstock’s director of communications? I wonder how SEC enforcement officials feel about a corporate official making fun of FD in a post that, by using a pseudonym, itself thumbs its nose at FD?

Gary goes on to discuss the strange disappearance of one of Bagley’s post on a Yahoo message board long after it was posted. Is someone trying to cover their tracks???

I haven’t had time to add my two cents on the code of ethics issue, but stay tuned. I think tomorrow is the lucky day.

620 WTMJ is now claiming that Jessica McBride was not fired because of the Eugene Kane piece or her “ideology”. They say they just “moved up” a decision they made a few weeks ago because of the controversy. This excuse is being sent to (apparently) anyone who emails John Schweitzer, station manager.

Funny, but that’s not what Schweitzer said a few days ago. He said it was “in the works,” but not that the decision had been made. From the Milwaukee Journal Sentinel:

General manager Jon Schweitzer said Friday that the move had been in the works, but was sped up by McBride’s attempted comedy bit that featured a reference to a 4-year-old girl killed earlier this week in a drive-by shooting.

Sounds like WTMJ is trying to cover its butt, but doing a poor job of it. Mark Belling has revealed that the decision by WTMJ was probably also influenced by recent focus groups that suggested some less conservative material should be put on the radio.