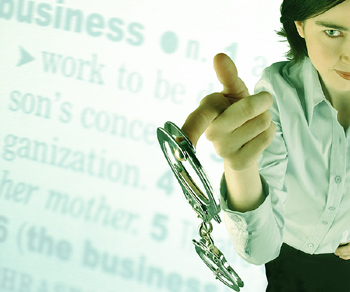 The indictment is interesting. Not only did she use company funds to pay her American Express bill as we had heard, she’s also been accused of getting cashier’s checks from a bank account belonging to Koss, writing Koss checks to Petty Cash and keeping the funds, and using Koss traveler’s checks for personal purposes.

People are suggesting Sachdeva had some sort of sickness, an addiction to shopping. Her attorney is quoted:

“It is obvious there are some unusual facts and some unusual behaviors being alleged,” Michael F. Hart said in an interview. “We intend to show that mental health issues played a substantial role in Ms. Sachdeva’s conduct.”

My guess is that it was something else. I think she was reselling the merchandise paid for with money stolen from Koss.  There were massive amounts of clothes found in storage, including 461 pairs of shoes and 34 fur coats. The clothing she bought ranged in size from 8 to 14. She couldn’t have worn that range of sizes, but that range would have been perfect for someone retailing the merchandise. I bet we’re going to hear soon that Sachdeva was selling this merchandise to domestic and overseas retailers at a fraction of their wholesale value.

There still are no clues as to how Sachdeva hid the fraud from Koss management and Grant Thornton (the auditors). The indictment merely says:

(f) To conceal her fraud, Sachdeva made, and directed other Koss employees to make, numerous fraudulent entries in Koss’s books and records to make it appear that Sachdeva’s fraudulent transfers were legitimate business transactions.

(g) Sachdeva concealed, and directed other Koss employees to conceal, her fraudulent transfers, as well as the fraudulent entries in Koss’s books and records, from Koss’s management and its auditors.

There is no hint as to what kind of entries were made on the books to conceal the fraud. There is also no information regarding whether the employees knew that they were doing something wrong. (They may have just been doing their jobs, with no inkling that Sachdeva was directing them to do something shady.)

The fraud seemed to be going along fine until Sachdeva got too greedy. The amount of theft gradually increased each year, which probably made it easier to hide. Then in late 2009 (which is fiscal 2010 for Koss) she got greedy and stole much more in a six month period than she ever had in one year.  Of the $10 million she allegedly stole in late 2009, here are the wire transfers from Koss to Sachdeva’s personal American Express card that were listed in the indictment:

So that brings us back to the issue of the auditors again. How did they miss a fraud of this size? I’ve come up with at least one scenario under which it could have easily gotten past them. If Sachdeva booked the theft to cost of goods sold, any yearly increase in this part of the income statement could be explained by rising material costs, and the auditors would likely be no wiser.

On commenter on the site Going Concern agreed that it would be relatively easy to hide the fraud from the auditors:

Look, the Company’s total revenues were $38 million in FY ’09 and net income was approximately $1.9 million. I am going to to a rough assessment that materiality was within the range of $90k to $200k.
A lot of chatter is coming out from a few people that they thought the fraud was based on posting low value, large volumes of expenditures to accounts where fluctuations/increases would not be observed during the fiscal year, and keeping the transactions off of the balance sheet (i.e.- all false entries recording the transactions were recorded as direct debits to expense and credits to cash, with no entries recorded in the last and first months of the year. Had they performed a test of details over the entries to test cost of goods sold, then in theory some of these would have popped up, and either Sue would have been forced to become an expert on photo-shop, or these entries would have hopefully triggered the need to bring in forensics.

• Safeguarding of Assets Fraud vs. Financial Reporting Fraud
Based on what the experts are saying about the nature of fraud (i.e. – cash outflows were recorded in the period incurred, and posted to expense accounts with large volumes of activity already in order to minimize the significance of these variances), this fraud technically was recorded to the financial statements, and accordingly, the net income, net change in cash and balance sheet at year-end were not misstated.

Misappropriation of assets, while both a theft of shareholder value, and a presentation issue in terms of classification of these costs, did not result in a misstatement of net income and EPS, which is typically the risk auditors are most concern about, restatements of EPS for a given year.

• Cost of Sales TW
I am suspecting that GT most likely tested COGS using some form of gross margin analysis. Often, teams will allow for a larger precision level if an appropriate level of balance sheet work is performed. If we assume that fraud truly started in 2005, then we can assume that margins back in 2004 and SG&A in 2004 were appropriate and sans fraud. If I assumed that the margins were the same throughout 2005 – 2009, and SG&A only grew by 4% (approximation of CPI over the period), this explains approximately $12.7 million of fraud.

This tells me the following that the Company’s management was cutting actual costs in a reaction to increased SG&A costs (in part due to fraud committed by Sue Sachdeva (allegedly)), only to have even greater volume of fraudulent expenditures posted to the P&L. This is funny both because Sue’s ability to increase the fraud in this scenario would be due in part to the even great cushion made available from the actual costs savings. But this is scary because is shows just how predictable auditors can be. I am guessing that there was a lot of “trend” analysis involved by the auditors, and that they used a lot of inquiry to get through this.

• Audit Fees – I am not sure how a public audit of an entity like this could be done at $50,000. I am betting that a large reason for this was because GT has a very simple approach towards auditing the income statement, and relied on balance sheet work. If you look at the Company’s balance sheet, this could easily be accomplished at year-end with likely small sample sizes, and minimal effort. I bet the audit team consisted of 1 Partner, 1 Concurring, 1 manager and a Sr. associate and a first-year or intern.

Trying to make enough money on this audit to justify the Partner’s take home would left little room for the team to spend extra time and effort to specifically test for inappropriate expenditures.