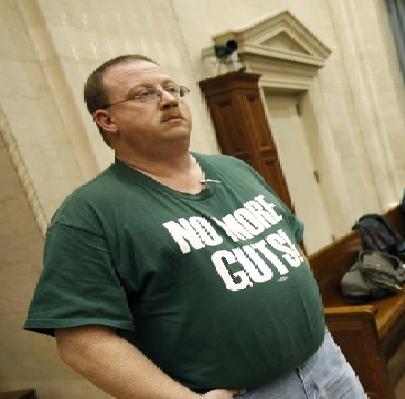 The following press release from Citizens for Responsible Government explains how the Milwaukee County DA’s office investigated political blogger Christopher Liebenthal, and found he was doing his political blogging on taxpayer time. I believe Liebenthal should lose his job and be required to pay back the taxpayers for the wages he stole from them.

Liebenthal has been active in Milwaukee County First and AFSCME Local 48.  He has blogged or maintained web pages for those groups as well as his own.  Blogging under the name “Capper,” Liebenthal writes for two political blogs called Cognitive Dissidence and Whallah!

The District Attorney had earlier seized the Liebenthal computer from his county office based on a complaint issued by Orville Seymer of Citizens for Responsible Government.  Despite the findings of “extensive political blogging” by the County DA’s technical forensic expert, the DA’s office declined to issue criminal charges citing a narrow interpretation of state statutes that would require such online activity to solicit a direct campaign contribution or service.

CRG spokesperson Chris Kliesmet added, “It is now clear and unequivocal that, despite his earlier claims to the contrary, Mr. Liebenthal is a prolific political blogger who “extensively” used a county computer to engage in this political activity.”

“After discussing the situation with the District Attorney’s office, it is also clear that they would prefer to see this handled as a county personnel matter rather than a criminal matter,” said Kliesmet.  “The ethical standard and consequences of this manner of workplace misconduct has been established and Mr. Liebenthal’s actions constitute an extreme example.”

Liebenthal took taxpayer resources meant to care for those most in need and spent them on his own political crusades,” said Kliesmet.  “He should own up to his illicit use of taxpayer property and time and resign.”

CRG continues to follow this matter and will publish additional facts and data as they become available.

For further information contact Chris Kliesmet at 414-429-9501 or visit www.crgnetwork.com.