Recently, All American Blogger Duane Lester got ripped off by the Oregon Times Observer, a local newspaper based in Oregon, Missouri. Lester’s May 1 article “Changes Implemented After MO Auditor Finds ‘Serious Shortcomings’ In Holt County Sheriff’s Department” was ripped off almost word for word and published on the front page of the May 10 Oregon Times Observer: 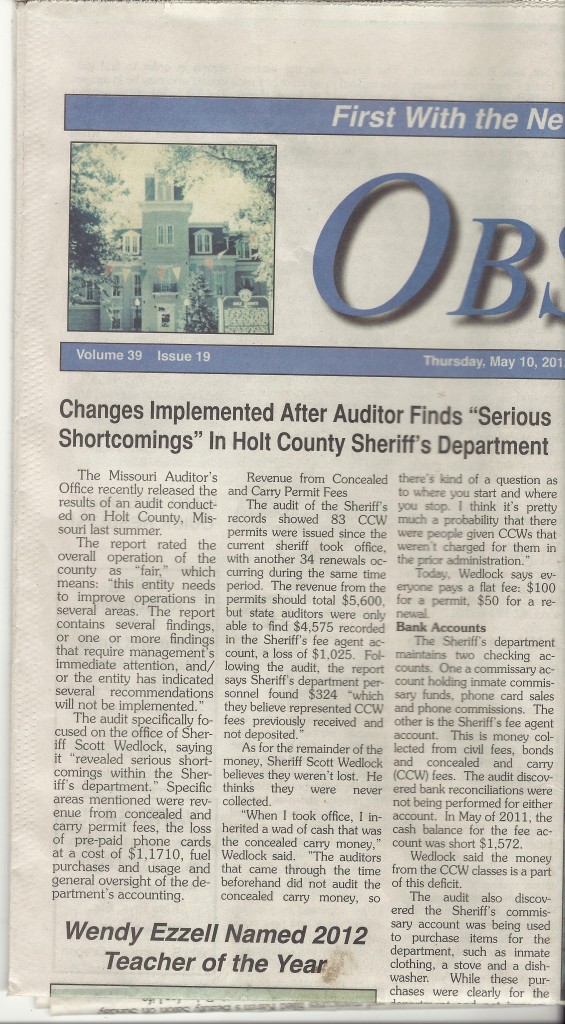 The copy job was so shoddy, that they even included the typos in Duane’s original article.

So what is a blogger to do when his article is copied almost word for word, any the news media responsible for the copyright infringement hasn’t even attributed the article to the original author? Assert his rights to work!

All American Blogger wrote a letter to the Oregon Times Observer, asserting his rights and demanding payment of $500 for the copied article. He took the letter to the newspaper and explained the situation to editor Bob Ripley. He got a check for $500, but the guy was none too happy about it as you see in the video below.

About “bull shit” which was written on the memo line… 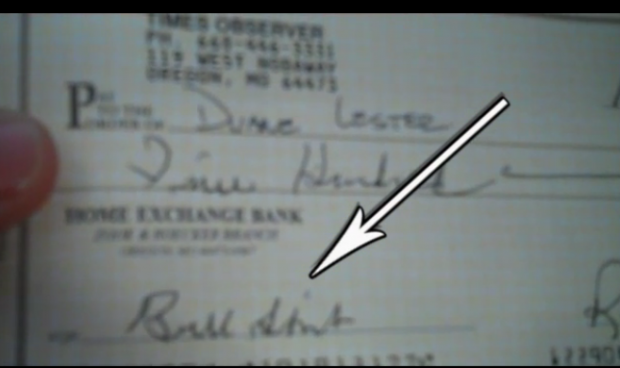 Here’s the sad part: I bet if the newspaper had approached Duane and asked to reprint the article, he would have given them permission. If the newspaper had taken the time to write their own article, and simply quoted Duane (and given proper attribution for those quotes), this all could have been avoided.

Bloggers: Stand up for your rights. Don’t let media outlets take advantage of you. Make them ASK YOU for permission to reprint things. Hold them to the copyright laws that protect your work. No permission means no reprinting under  the current laws.

It’s not your problem that newspapers are failing left and right. It does not give them the right to steal your creative works and attempt to make a buck off them. I’ve had plenty of requests to reprint my materials, and in many cases I’ve allowed it. Sometimes it makes sense, particularly if the reprint gives good exposure for your business or blog. Sometimes it does not make sense, and you should politely refuse the request.

Duane… kudos to you for standing up for your rights. It was NOT a “fast 500 bucks” for you as the woman in the video said. I am sure the article took a lot of time for you to research and develop, and you deserve to be compensated for it.