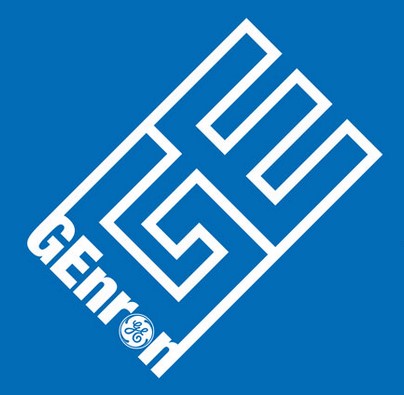 Markopolos says he became aware of problems at GE when he attended a program sponsored by the CFA Society of Boston. Attendees were discussing GE’s numbers and saying that they met or beat consensus earnings estimates every quarter no matter how the economy was.

Let’s talk about some of the specifics in the report. It is billed as an insurance fraud case, focusing on the long-term care (LTC) insurance deals that GE is part of. The insurance companies and GE each filed financial statements with regulators, and the statements each made conflict with the other. Who is telling the truth? Markopolos says GE is hiding loss ratios and that the losses are growing at a rate that is unsustainable.

The report says GE needs $29 billion in new reserves for the long term care business, with $18.5 billion of it as a cash needed now, and $10.5 billion as a non-cash GAAP charge which the company must take by 2021.  Claims data and an aging policyholders suggests that LTC companies are in for huge claims in the coming years.

I’m not an expert on LTC or reading the financial statements associated with these insurance companies, but this part of the report resonated with me:

“We compare GE’s LTC policies to Prudential and Unum, two insurers with similar pre-mid-2000’s vintage LTC policies, but whose policies have much lower risk characteristics than GE’s. Prudential’s 2018 loss ratio on similar policies was 185% and they’re reserving $113,455 per policy while GE’s loss ratios are several times higher and they’re only reserving $79,000 per policy. Just to match Prudential’s level of reserves would require an immediate $9.5 Billion increase in reserves.”

Then there is the alleged $9.1 billion fraud related to the Baker-Hughes GE (BHGE) acquisition. GE invested in Baker Hugest in 2017, owning 62.5% of the company but not controlling it.  In 2018 GE sold part of its interest, and its 50.4% ownership interest should have been reported as a investment, according to Markopolos. This accounting treatment would have caused GE to report a $9.1 billion loss. GE continued to report its ownership interest as a non-controlling interest.

Markopolos talks a little bit about how they did their investigation, being careful not to give away the secret sauce. I love investigative techniques that end up being so obvious.  For example, GE is in a 50/50 joint venture with jet engine maker CFM. GE reported only revenue and profits for this joint venture, conveniently not providing any information on expenses. So Markopolos went and looked at what CFM was reporting, and they were showing all of the expenses.  Comparing information reported by GE and CFM was one technique that appears effective.

They did things like simply looking at what GE says versus what they do. For example, Markopolos says GE tells investors that they have a portfolio of operating companies, and they buy and sell such companies to assure GE’s continued growth. Yet GE doesn’t provide financial statements for each of these units, such that a potential buyer could value one oft he units. Markopolos theorizes that the lack of transparency is willful concealment of poor performance.

Naturally, GE dismissed all of Markopolos’s claims, basically saying he’s just a short seller who wants to trash the company and make money from a drop in the stock price:

“Mr. Markopolos openly acknowledges that he is compensated by unnamed hedge funds. Such funds are financially motivated to attempt to generate short selling in a company’s stock to create unnecessary volatility. The report states that his company ‘entered into an agreement with a third-party entity to review an advanced copy of the Report in exchange for later-provided compensation….those positions taken by the third-party entity are designed to generate profits should the price of GE securities decrease’ and ‘members of the Company are personally in possession of securities, derivatives, and/or other financial instruments of, and/or relating to, GE, which may generate profits should the price of GE securities decrease.’”

We see this all the time. It’s a really easy claim to make. Sure, a short seller makes money when the stock price drops. But that doesn’t necessarily mean their information is incorrect.

The alleged $38 billion in fraud that Markopolos highlights in this report is said to be the tip of the iceberg. You see, there is only so much that an outsider has access to when investigating a company. If given access to internal records, I wouldn’t be surprised if additional problems were discovered.

I doubt that Markopolous disclosed all of his findings in this report. He provided this report to the SEC as a whistleblower, and my guess is that there is more information he has that he will give to them in support of an official investigation of GE’s accounting practices.