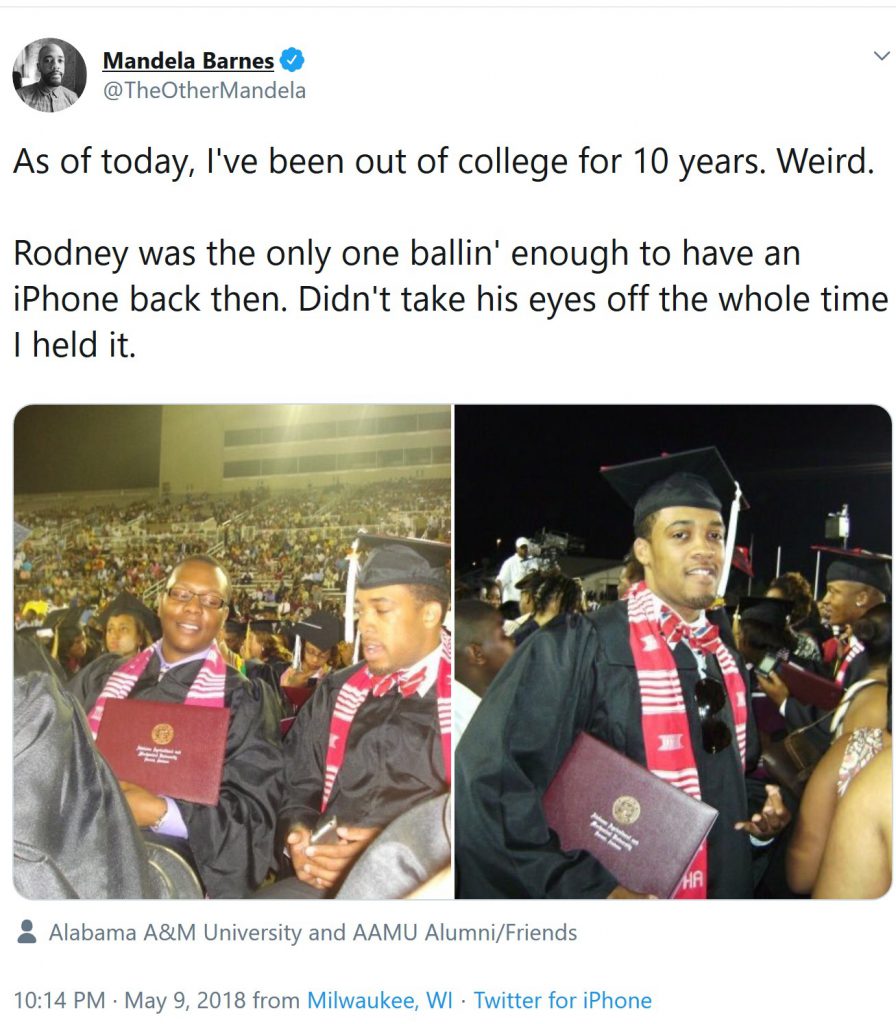 Mandela Barnes, Wisconsin’s Lieutenant Governor, has been lying about his college degree for  a long time. In May 2018, he tweeted a picture of himself at graduation at Alabama A&M. Except he didn’t actually graduate, despite what appears to be a diploma in his hand.

When caught in the lie, Barnes’s spokesman said that he has “been up front” and said that he “attended Alabama A&M, not graduated.”

Except we all know the implication of the picture he tweeted in 2018.

During the time of the Democratic primary for Lieutenant Governor in 2018, he told the Wisconsin State Journal that he had a BA in Journalism from Alabama A&M. “BA” means Bachelor of Arts… the college degree he now admits he never got.

A November 2018 interview with the Milwaukee JournalSentinel resulted in a January 2019 article that reported he had a degree in mass communications.

He now brushes it off as a technicality: 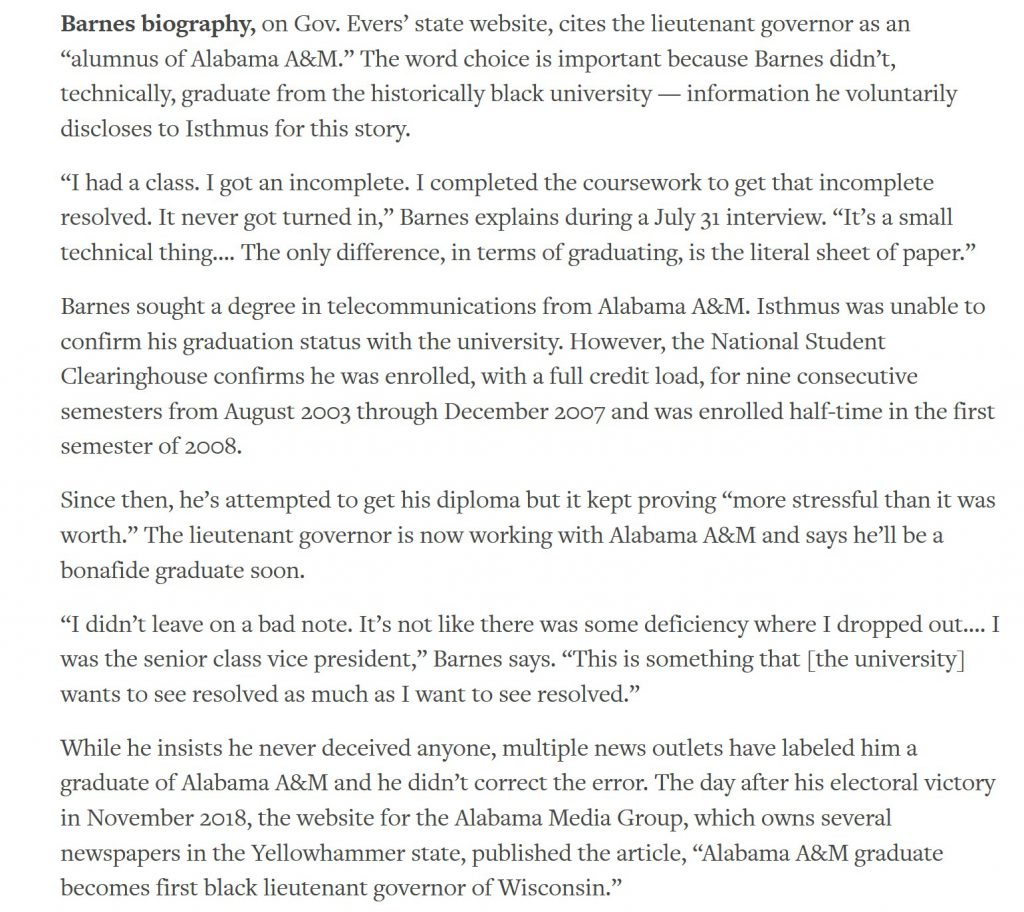 This is ridiculous. I don’t think people voted for him because they thought he had a college degree. And they probably wouldn’t have held it against him if they knew he got the degree and he was honest about it.

It’s the lying that bothers me. Why lie? Why blame your staffers for the lie? Why mince words and pretend that you were honest in saying you “attended” when multiple sources say you told them you finished or graduated? Why tweet a picture of you at graduation? It is clear that Mandela Barnes intended to deceive the public about his college degree.