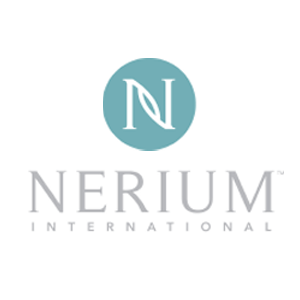 Last week the FTC announced a lawsuit against Neora (formerly known as Nerium), alleging that it is an illegal pyramid scheme. Couple this with the recent end to AdvoCare’s multi-level marketing method of business at the hands of the FTC, and people like me (who think MLMs are abusive pyramid schemes) have a bit of hope.

More specifically, the FTC suit goes after Nerium under the parts of the FTC Act that prohibit unfair or deceptive practices and false advertising. The company was known as Nerium from 2011 to 2019. In February 2019, the company changed the name to Neora. It is suspected that the name change was because the Nerium name was connected to so many complaints and lawsuits.

The current suit says that “unlike a legitimate multi-level marketing business,” Nerium’s compensation plan emphasizes recruiting new “brand partners” (BPs) over the sale of products to consumers outside of the company. (Note to FTC: This is what all MLMs do. They ALL focus on recruiting, and the actual retail sales are pathetic for several reasons.) The FTC says the business model makes it unlikely that distributors can make money selling products in response to legitimate demand from third parties.

There is a discussion in the suit of a practice that some call “frontloading.” It is getting a new distributor to buy a large amount of products up front. Nerium has something called “success packs” or “enrollment packs” which cost $500, $750, or $1,000. While the packs are options, there is substantial encouragement to purchase one, and the packs are marketed as the best way “to get your business moving fast.” (Now everyone knows, simply having products in hand does nothing to sell those products or recruit new people.)

Then there are the required purchases on an ongoing basis in order to qualify for commissions from Nerium. This is another feature of MLMs. In Mary Kay, for example, a consultant must purchase a minimum amount of products once every three months in order to be considered “active,” or she does not qualify to receive commissions from those she has recruited.

I love this sentence from the complaint: “Nerium’s compensation plan prioritizes building the pyramid over the sale of products.” Again, this is all MLMs. There is lots of lip service paid to selling products in MLM, but that is simply the cover for the recruiting and an attempt to make it APPEAR that these companies are not pyramid schemes.

As with nearly all MLMs, Nerium/Neora pays commissions to distributors based on products ORDERED and doesn’t really care if those products are SOLD to a legitimate customer. The lawsuit alleges that Nerium has said less than 1% commissions are paid based on the sale of products to retail customers.

There is another feature of Nerium that we know to be true of other MLMs, such as Mary Kay. That the initial purchases by the distributors are the largest they will ever make, and it’s important to extract money out of them quickly before they quit. The FTC’s suit against Nerium says:

The lawsuit also talks about false income claims (or income misrepresentations). Nerium’s marketing materials talk about “significant earning potential” and “lifestyle-changing income.” Videos suggests distributors make more in their first few months with Nerium than in their previous jobs. Like other MLMs, there is promotion of the “millionaire” distributors and “retiring” from previous jobs. And yet, Nerium’s own data shows that less than 10% of distributors earn more in commissions than they pay in fees and product purchases.

There are 18 levels in the Nerium pyramid, but more than 85% of distributors never get to the second rank. And like all MLMs, the vast majority of the commission payments go to the very few people at the top of the pyramid.

The complain goes on at length about false product claims relative to its EHT (eicosanoyl-5- hydroxytryptamide) product. Nerium markets a supplement called ME Sports. The website for the product said it helped with CTE, Alzheimer’s disease, and Parkinson’s disease.

In an interesting turn of events, Neora/Nerium filed its own lawsuit in federal court in Chicago to try to stop the FTC.  The company says the FTC has rewritten federal law to label legal MLM companies as illegal pyramid schemes.  They say the FTc is bullying companies like Nerium and Advocare.

They rightfully say that the standards the FTC is using would put virtually all MLMs out of business. And they’re right. That’s because virtually all MLMs ARE pyramid schemes, with the real business being endless chain recruiting, and the product being the cover for that activity to make the companies appear legal.