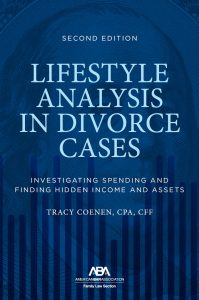 Quaid is asking the court to increase the child support, but to modify the amount from what the agreement said. Apparently the divorce agreement said that if he made more than $1.3 million in a year, he would continue to pay Kimberly the base amount PLUS an additional percentage of the current earnings.

However, since the earnings are so high (and presumably much higher than they expected when they entered into the agreement), Quaid wants the court to reduce the calculated amount based on the “reasonable needs” of the two children.

This is a pretty common issue in divorces of high earners. In my book Lifestyle Analysis in Divorce Cases, we talk about the factors that can go into determining the amount of child support. In addition to a litany of other factors, the court may consider:

What is a “reasonable” need? The parties often disagree. But in general I suggest that we look at the standard of living that was established during the marriage, and use that as our basis for what is reasonable. In other words, it is reasonable to continue living the same lifestyle after the marriage ends. If a family lived in luxury housing, drove luxury cars, and wore high end clothing while the parents were married, it is probably not reasonable to expect that the children live in the most basic housing, with a beat-up car, and wearing thrift store clothing.

Back to the Quaids. The original child support of $165,000 per year is 12.7% of the base of $1.3 million. If we applied the same percentage to the income of $6.6 million, you’d have $838,200 in child support per year. There is probably a good argument that the children don’t need that much, and that their mother would be unfairly enriched by that amount of child support.