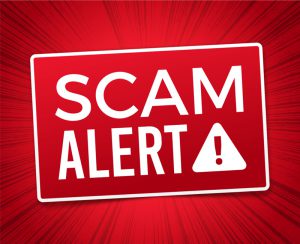 Yesterday I read a horrifying local story about Edward Matthes, a former financial advisor for Mutual of Omaha who stole at least $2.6 million from his clients. According to the Information in the federal case, Matthes carried on his fraud between 2013 and 2019. SIX YEARS!!!!

He swindled at least 23 clients. He’d convince them to bring investment accounts over to Mutual of Omaha. Funds were transferred from their old accounts to Matthes, who never invested the money for them. Instead, he put it in his own bank account and spent it.

Matthes got away with it because he created phony account statements that showed client balances and he had meetings with them about their “investments.”

So how could consumers have avoided being defrauded like this? Or at the very least catching the fraud early to a) have a better chance of getting their money back, and b) stop this loser from doing the same thing to others.

Here are some tips that can help you avoid other investment scams such as Ponzi schemes. Be careful! There are plenty of shady people who are trying to take your life savings from you.