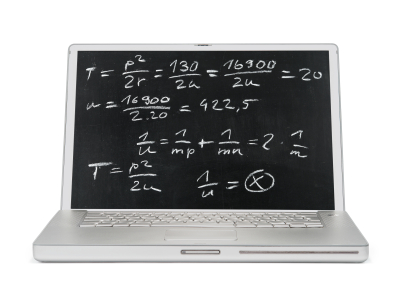 In some ways, it seems like fraud has gotten easier in the age of the internet. People can hack into databases and get access to information they never could have gotten unless they traveled somewhere and physically broken into a building. Electronic banking and the ease of purchasing things on the internet also make it seem as though fraud is easier to commit.

Technology has changed the way fraud is committed, but it has also created “paper trails” that often make it easier to detect and investigate a fraud. Every digital transaction leaves behind a trail of digital evidence, which a fraudster may not necessarily be able to dissociate himself from. Commercially available software has made it possible for companies to analyze a huge amount of data in a very short period of time, increasing the chances that unusual activity will be detected quickly.

Software that uses AI (artificial intelligence, i.e. machine learning) offers companies a key advantage in monitoring their systems and detecting fraud. The software can continuously monitor a company’s accounting systems to help management detect control problems as they are occurring, and also help potential frauds to be identified almost in real time.

If fraud is suspected using AI, there are a couple of options. The first is for the system to reject the transaction all together on the basis of possible fraud. The second is to flag the transaction for later review and investigation. AI software will typically rate the likelihood of fraud, so investigators can spend their time on the transactions that appear to be most at-risk of fraud.

Some of the things that software using AI to detect fraud might identify as problems include:

There are three main advantages to using software with AI:

Depending on the software used, there will be limitations, so analyzing the data digitally will not be foolproof. There can be cases in which a fraudulent payment to a vendor does not have any red flags that cause the software to identify it as irregular. There can also be problems with flagged items, in which tens of thousands of records are identified as irregular based on the software’s criteria, and someone has to manually examine each one.

Using AI to analyze accounting data is only one step in finding fraud. Once the system flags transactions as irregular, someone has to analyze them to determine if there is evidence of fraud, or if the items identified are explained and supported by legitimate documentation. AI is one tool used to find problems and enhance fraud investigations, but it is not a substitute for good investigative work.