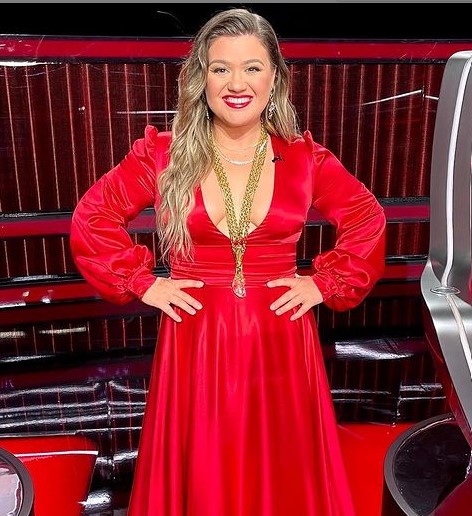 More celebrity divorce news. The nearly two-year divorce fight between Kelly Clarkson and Brandon Blackstock has been settled. Kelly will have primary custody of their children, and Brandon will have them one weekend a month.

Kelly will keep Warren Peak Ranch in Montana (worth about $17.75 million). Brandon can stay there until June 1, but has to pay $12,500 rent per month. She also keeps the property on Cattle Drive, and he has to pay her $52,000 rent per month on that until he is gone in June. She keeps pets, cars (Ford Bronco, Ford F-250), Porsche Cayenne), and a flight simulator.

Brandon gets the farm cattle, livestock, stock dogs, and horses. He also gets vehicles including a Ford F-350, a Ford F-250, an ATV, and several CAT snowmobiles. He gets a golf simulator and some Patek Philippe watches.

What does Kelly Clarkson have to pay to get out of this marriage?

This is less than Kelly was previously ordered to pay while the divorce was pending, which was $150,000 per month of spousal support and $45,601 of child support.

The issue of child support in a case like this is interesting. When one party has very high earnings, he or she often ends up paying child support because it is in the interest of the children to have a similar lifestyle at both parents’ houses. So the idea is that Brandon needs to be able to afford a house and lifestyle that is as comfortable for the kids as Kelly’s house.

But you can see how it feels unfair to Kelly, especially given that he only has the kids one weekend a month. She parents the children 90% of the time, and has to pay him $45,600 per month ($547,200 per year) for his 10% participation. It’s what happens when you have one party as a very high earner.

And of course this is the time to plug my lifestyle analysis services in divorce cases. In a case like this, I would evaluate the spending of the family prior to the divorce to figure out what the “lifestyle” of the kids costs on a monthly basis. I would also look at the amount Kelly and Brandon were spending on their own housing, vacations, and other expenses on a monthly basis. From there I would come up with a reasonable estimate of how much money it would take going forward for to pay for that lifestyle, and that estimate would be used in negotiating the divorce settlement.