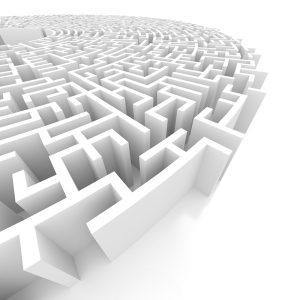 After an internal fraud is discovered and fully investigated, a company and its employees must move forward. That might seem like a simple thing to do, but it is not always quite that easy. The financial blow of an internal fraud can be devastating. Employees have long-term memories that may not allow them to forget about the violation of their trust by someone who worked side-by-side with them or by someone who was responsible for their future.

The most obvious potential long-term effect from an employee theft is financial devastation. Companies lose something on the order of 4% to 5% of revenue to internal fraud each year. Imagine how many companies could be put out of business with a fraud of that size.

The first step to moving beyond an internal fraud, especially a significant fraud, is repairing the financial damage. Often, cash reserves have been depleted and debts have mounted while the dishonest employee was filling her or his pockets. A plan to repair the company’s finances should be established quickly.

One prime financial consideration is the effect the fraud may have on the company’s relationship with its bank. Loan covenants are often violated when a substantial fraud has been committed and it is important that a realistic and well-thought-out financial recovery plan is presented to the bank. The company needs a commitment from the bank regarding future financing, and a plan will be required to proceed with this commitment.

The financial plan should include an analysis of the company’s current cash, receivables, and debts. Information on the theft should be compiled and presented in conjunction with the historical financial statements, highlighting what the financial statements would have looked like without the theft. A thorough analysis of projected sales, profits, and cash flow should be done to determine whether the company can survive the loss.

When making projections following a fraud loss, there is a temptation to be aggressive in estimating future sales and profits. While that might be helpful in securing a financing commitment from the bank initially, it will cause problems down the road if the company falls short of those numbers. The better option is to make realistic projections that the company has a good chance of achieving.

The next step in recovering from a fraud loss is determining the impact the loss has had on employees. One of the most devastating effects of an internal theft can be the negative impact on employee morale. Employees feel betrayed by the thief, especially those who worked very closely with her or him. A perpetrator of internal fraud does not just steal from a company. She or he steals from every honest employee who works there. Employees may think about the raises that were too small or the bonuses that were not given and believe that the thief had a lot to do with that. (And they are probably right.)

Employees should be given some information about the theft, so they are not left wondering what happened. It is important not to jeopardize an investigation or court case, but some basic information can be provided without damaging the case. At the same time that the information is provided, management should affirm their commitment to emerging from the crisis and playing as a team. Management should also communicate the efforts to develop better controls and prevent future frauds.