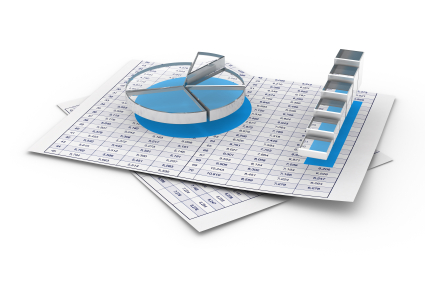 How do you begin searching for fraud in a company?

Sometimes I get called in when a company finds an employee stealing. They have found one instance of theft and they want to have the rest of the company looked at, but they don’t know where to begin. What should we look at? If a specific instance of fraud has been identified, that will dictate which financial statement accounts are examined by the fraud investigation team in detail.

But what if no conclusive evidence of fraud exists, and the investigator is instead looking for clues that might point to a fraud? The company has become suspicious, yet has little hard proof that anything unusual has occurred.

In that case, the investigator must dig through at-risk accounts and functions to look for suspicious activity. Analytical review of the financial statements will provide clues about the potential for fraud. (Come back tomorrow to see a video about this very thing!) Ratios may look unusual. Account balances may be out of line with recent history. Key documentation may be missing. These types of red flags will point the investigator toward areas that deserve additional investigation.

Those not familiar with beginning an investigation with an analysis of the financial statements may not believe this is truly effective in pinpointing areas that are vulnerable to fraud. But inevitably, whenever there is a fraud, something has been overlooked by the fraudster. No matter how well she or he tries to cover their tracks, telltale signs are always left behind.

The more clever the fraudster, the smaller and less detectable those clues will be. But make no mistake, they will be there. That is just the nature of fraud. Unusual activity creates unusual patterns in the numbers and affects key financial ratios. It would be next to impossible for a fraudster to anticipate all of these signs and compensate for them.

Digging into the numbers could be done digitally (with the assistance of software) or manually, depending on the sophistication of the company’s records and the auditing software available to the investigator. With large volumes of data to analyze, the benefits of software are obvious. It can quickly analyze thousands of numbers and return results of a much smaller magnitude for further analysis by the fraud investigator.