Yesterday the government’s sentencing memorandum in the criminal case against Sujata Sachdeva (the woman who stole more than $34 million from her employer, Koss Corp.) was released.  It had a number of items of interest. Prior to sentencing, the prosecution and the defense each get to make their case for a higher or lower sentence.

The defense’s arguments were absurd. They argued that Sue Sachdeva should get a lighter sentence because:

a. she’s been a law-abiding citizen until now

b. the fraud was “simple” 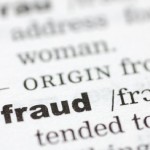 The latest news in the Koss Corporation fraud committed by ex-VP of Finance Sue Sachdeva is a lawsuit filed by the company against Sachdeva and auditors Grant Thornton. It’s unlikely that the company will collect much from Sachdeva, but the auditors are a great target because they have deep pockets (especially in the form of a professional liability insurance policy).

Everyone expected Koss to sue Grant Thornton. It’s just standard procedure to sue the auditors after a fraud is discovered. It never matters to the companies that audits are not designed to detect fraud and the auditors tell management this over and over.

It never matters to the companies that they are the ones responsible for establishing and maintaining internal controls over financial reporting, as well as putting procedures in place to prevent and detect fraud. END_OF_DOCUMENT_TOKEN_TO_BE_REPLACED 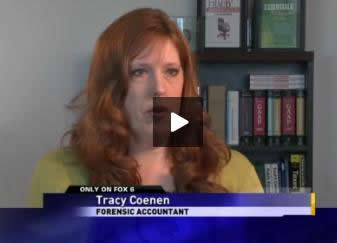 VIDEO: World of forensic accounting unveils how companies are cheated out of millions

The story of the alleged $31 million fraud at Koss Corp by the company’s former VP of Finance, Sue Sachdeva, hasn’t gotten much air time over the last month or so.  Aside from the usual class action lawsuits when there is a fraud discovered at a public company, the only bits of news that are remotely notable at Koss are the continued declaration of dividends and the filing of a 10-Q without any financial statements included.

Koss is a public company, but the stock is thinly traded. The Koss family apparently owns about 70% of outstanding shares of stock. The declaration of a dividend, therefore, is nothing more than the Koss family publicly announcing that they are going to pay themselves. END_OF_DOCUMENT_TOKEN_TO_BE_REPLACED

How does a company with about $40 million in annual revenue fall victim to a $31 million (or more) fraud by the VP of Finance? Simply, Koss Corp. gave Sue Sachdeva the keys to the castle. She apparently ran the company’s finance function with little oversight from anyone else.

Koss has done something I think is a bit unusual. In a filing with the SEC, the company detailed the alleged theft by year:

END_OF_DOCUMENT_TOKEN_TO_BE_REPLACED

The latest news related to the $31 million fraud committed by Koss Corp.’s ex-VP of Finance Sue Sachdeva is activity at Strattec. Laughably, Michael Koss was the chairman of Strattec’s audit committee since 2003. In January, he was removed as head of that committee, but still remains on the board and on the audit committee. It’s interesting that Strattec didn’t announce the developments related to Michael Koss anywhere, and we’re only finding about it now because Journal Sentinel reporter Cary Spivak started asking questions.

So Koss was removed as audit committee chairman but remains on the board and on the audit committee. I think it’s time for the Strattec board members to ask themselves a serious question: If Michael Koss didn’t care enough about his own company to pay attention to the financial statements, what makes you think he’ll pay attention at Strattec?

I’ve been more than happy to publicly state that Michael Koss and the rest of the executives were asleep at the wheel while Sachdeva was stealing at least $31 million from them in a fraud scheme that lasted over five years.  And amazingly, the executives don’t seem to have plans to change much in wake of the fraud, as they stated in their most recent 10-Q (bold added by me):

END_OF_DOCUMENT_TOKEN_TO_BE_REPLACED

Koss Corporation (NASDAQ:KOSS) filed a 10-Q with the Securities and Exchange Commission yesterday that pointed out the obvious… Now that their VP of Finance isn’t stealing at least $31 million from them, they think they’ll be more profitable.

The company says they’ll be restating the financial statements for the fiscal years ended June 2008 and June 2009, at the very least, and also restate the quarterly reports filed so far for fiscal 2010. The company says their numbers will improve now that Sue Sachdeva isn’t stealing from them (bold added by me): END_OF_DOCUMENT_TOKEN_TO_BE_REPLACED

Here’s the list of news stories related to the fraud by Koss VP of Finance Sue Sachdeva which I’ve written or been quoted in:

This week Koss Corp (NASDAQ:KOSS) announced that Sujata “Sue” Sachdeva was fired from her position as Vice President of Finance for stealing at least $4.5 million from the company. Two members of the accounting staff Sachdeva supervised were suspended without pay.

And then the estimate of losses went up to $20 million. The theft occurred between 2006 and 2009, and the company has said that none of the financial statements for those years can be relied on. END_OF_DOCUMENT_TOKEN_TO_BE_REPLACED