These stories never get old. People criticize multi-level marketing in general, and particular MLMs specifically, and the lawyers come running. They cry that the bloggers are saying bad things about their companies, and that can’t be allowed to happen. Mona Vie doesn’t want you to know that their distributors are losing money left and right and the overall financial health of the company is being questioned.

None of the MLMs want us saying anything bad about the companies, especially if it’s true and might harm their recruiting efforts. 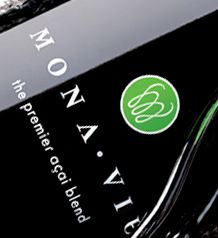 No, this is not Mona Vie's site. No, MonaVie doesn't endorse or approve me writing about them. In fact, they'll probably get mad that I'm mentioning them. I don't like MonaVie.

We’ve seen MonaVie threaten a blogger. Attorney Gerry Nehra threatened bloggers on behalf of ShopToEarn and Shop To Earth. Critics of Medifast (parent of Take Shape for Life) are being sued by the company in order to get them to shut up.

This time, Mona Vie is threatening Ted Nuyten, who runs businessforhome.org. A week ago, Ted picked up on a May article from this site, and published an article of his own regarding MonaVie’s revenue figures. My article carefully stated that the information was unverified and from an anonymous source.  Ted’s article offers the same disclaimer, and Ted wrote:

Monavie does not publish updated actual distributor earnings anymore (Last one is from 2008-2009) which is not a good sign. Therefore this figures could be reliable and could be the 4 weeks revenue from somewhere around February – April 2010. More reports are coming in that Monavie’s revenue is under heavy pressure.

And…. in run the lawyers.

Now it’s clear that all this guy did was pretty up the numbers provided by the anonymous source and calculate some other numbers based on the information from the source. And again, he provided a clear disclaimer about the source and the inability to verify the data.

But MonaVie is pissed off, so their lawyers sent Ted a nasty letter. In my opinion, it’s also factually inaccurate. Shame on them for trying to scare a blogger with lies about defamation and interference with business relationships. He did no such thing.

Here’s the letter from Strong & Hanni Law Firm on behalf of Mona Vie:

Re: Defamation, Disparagement and Intentional Interference with Economic Relations of MonaVie

Our firm represents and is general counsel for Monavie LLC (“Monavie”). It has been brought to MonaVie’s attention that you, through the website, http://www.businessforhome.org/2010/08/monavie-revenue-2010-under-heavy-pressure/, have made, or have caused to be made, defamatory and disparaging publications about MonaVie and its business to MonaVie’s existing and potential distributors and customers. Not only are these statement in violation and contravention of established defamation and business disparagement laws, they clearly constitute intentional interference with MonaVie’s existing and potential economic relationships. As such, while MonaVie respects individuals’ rights to express their opinions, it will not tolerate this type of blatant and deceiving attack on it or its business.

Specifically, MonaVie has learned that you have conceived, created, endorsed, and/or caused to be published to existing and potential distributors and customers of MonaVie content on the webpage, http://www.businessforhome.org/2010/08/monavie-revenue-2010-under-heavy-pressure/, which contains statements and figures improperly and incorrectly suggesting that MonaVie is no longer a viable business, that “Mona[V]ie’s revenue is under heavy pressure,” and that the “decline in [MonaVie’s] revenue is shocking.” It is apparent in the statements and figures posted on the webpage listed above were made, caused to be made, and/or endorsed by you with knowledge that they were false and with knowledge that they would affect ongoing business relationships and prospective business relationships between MonaVie and its distributors and customers. Moreover, and with knowledge of these falsities, you have caused the statements and figures to be published to existing and potential distributors and customers of MonaVie through your posting of the same on the internet, via the webpage listed above, with the intent that they interfere with the business relationships of MonaVie. As a result of your willful and improper publication, MonaVie has been injured in its profession, trade, and business and the statements and figures have acted to tarnish MonaVie’s credit, integrity, and products and interfere with its current and prospective business relationships. Your actions, as detailed herein, are in clear violation of the law.

In light of these recent events, and irrespective of whether or not MonaVie decides to pursue further legal action against you for damages resulting from the disparaging, defamatory, and interfering statements and figures posted on the webpage, http://www.businessforhome.org/2010/08/monavie-revenue-2010-under-heavy-pressure/, MonaVie demands that you immediately take the following measures. First, you must cease making or posting any additional disparaging, defamatory, or interfering statements or figures about MonaVie or its business. Second, within forty-eight (48) hours of your receipt of this letter, you must make a public statement, posted on the website discussed above, making clear to viewers of the website, to MonaVie’s existing and potential distributors and customers, and to the general public, that you have both (a) published improper and incorrect statements and figures regarding the financial condition and viability of MonaVie’s business as a going concern and (b) that such statements and figures were and are false and unsupported by fact. Third, and lastly, you must provide MonaVie with written evidence of this public statement immediately upon your posting of the same on the website discussed above.

So it would appear that a young associate with too much time on his hands spent some time “researching” this issue and cutting and pasting from form letters, so a partner could sign the letter.

I can’t imagine that sending a letter such as this is okay under any bar association code of ethics. Again, Ted made it clear that the information he was printing was from a source that could not be verified. This lawyer’s statements that Ted knew this information was false, and that he intended to interfere with Mona Vie’s business relationships are obviously ludicrous.

MonaVie’s threats and demands are crazy. Ted has offered to correct any incorrect figures, and even to say that his figures were wrong if MonaVie will represent to him that this is the case. He has also offered to allow MonaVie to publish a statement on his site.

This isn’t the first time MonaVie has sent its lawyers after bloggers who criticize the company. It is important that we stand up to these companies. We (bloggers and consumers) have every right to discuss MLM companies and publish our findings and our opinions, even if they are negative. It is especially important to publish negative findings because MLMs are so good at hiding the negative information. People searching for information on multi-level marketing companies can often only find the good spin put out by the companies and their loyal representatives. The “other side” needs to continue to have a voice, and cannot be scared off by these inappropriate threats.