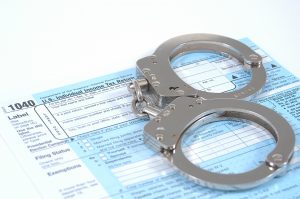 Without a forensic accountant or fraud investigator, the defendant is left at the mercy of the government’s investigators, and they can hardly be trusted to do a fair and accurate analysis of the numbers. Simply put, the government has a vested interest in making the numbers related to the crime or civil infraction as large as possible so as to encourage guilty pleas or settlements.

Consider allegations of tax fraud. When the Internal Revenue Service suspects a taxpayer, either a business or individual, is substantially underreporting income for tax purposes, bank documentation is one of the key pieces of their investigation. The investigator will subpoena bank statements, check copies, and deposit detail, and scrutinize these documents to ultimately calculate unreported income.

The criminal investigator or revenue agent is looking at the bank documents to identify a number of things:

Documents evidencing expenditures, asset ownership, and movement of money will be scrutinized as well. When there is a question about whether or not funds represent taxable income, i is no coincidence that a government investigator tends to decide the issue in the government’s favor. If the taxpayer cannot prove that an item is not taxable, then the government will usually assume that it is taxable.

In lieu of direct evidence of income and deductions, the taxing authorities will turn to alternative methods of proving income. Indirect methods of proof include the Net Worth Method and the Expenditures Method, both of which can also be referred to as a lifestyle analysis. Essentially, the government is examining known assets and expenditures to back into the amount of pretax income needed to pay for those items.

In one criminal tax fraud case, the IRS alleged that a small business had several hundreds of thousands of dollars of unreported income. Their analysis has several major flaws, but it took a forensic accountant to pick apart the numbers and find the fallacies in the government’s assumptions. A lifestyle analysis performed by the forensic accountant further showed that the government’s numbers could not be true based on the assets and expenditures of the owners. The actual unreported income was a small fraction of that alleged by the government, and the results of the detailed financial analysis were presented to the government and aided in a substantially smaller settlement paid by the taxpayers.

Properly defending a tax fraud case of this nature requires a forensic accountant who has the ability to capture and analyze the data, complete a proper independent analysis of the “lifestyle” of the business or individual, and poke holes in the government’s analysis, calculations, and conclusions. The documentation is often voluminous, which is why it is imperative to engage an investigator who has a track record of successfully completing such cases. Innovations in technology can help manage and analyze reams of data, but it is equally important to have an expert who is well-versed in this type of complex analysis.