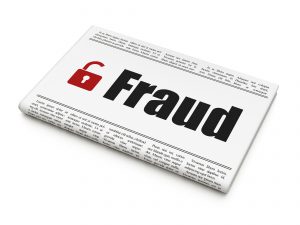 A little tongue-in-cheek take on committing fraud at work. No, I don’t really want you to commit fraud against your employer. I’m just trying to illustrate some of the red flags of fraud.

If a fraud is worth committing, it’s worth committing right. A little extra effort in the commission of a fraud can go a long way toward profiting from it as long as possible. Follow these recommended steps to increase your chances of successfully pulling off a fraud at work.

Don’t be a complainer. Don’t blatantly fight the rules. Appear to go along with policies and procedures, and don’t cause trouble for your co-workers or supervisors. You don’t want to appear to be disgruntled or seem like a problem employee. Those types of employees cause suspicion.

Do not discuss or display any dishonest behavior. Don’t talk about how you screwed your neighbor out of some money. Do not brag that you got one over on the auto repair shop. Don’t tell people that you filed a false insurance claim. Never daydream out loud about stealing money from someone. Dishonest behavior in your personal life can make managers suspicious about your propensity to commit fraud at work. You don’t want to give them any clues.

Never make your money problems public. Don’t say that you’re underpaid, or complain about your raise, or brag that you do much more work than you’re paid for. You don’t want to make it seem like you’re unhappy or might steal money to get back at a company that treats you unfairly.

Don’t let anyone at work know that you have money problems, be it credit card debt, getting turned down for a mortgage, not paying bills on time, or anything else that might suggest you’re short on funds.

People who have financial troubles should be watched a little closer by management, so don’t make yourself a part of that group.

By all means, do not show up at work with an expensive item purchased with the proceeds of your fraud. Your managers know how much money you make. If you start flashing around expensive possessions that don’t “fit” with your salary, they will start to get suspicious. Don’t use the “I-got-an-inheritance” excuse either. No one will really believe it.

Be cooperative at work, but not too cooperative. You want to make sure that you’re following through on all of your job responsibilities. You can volunteer to help out with extra duties, just don’t volunteer too much. If you go out of your way to help out with projects that give you access to unusual records, information, or funds, you might start to look suspicious. Everyone likes a helpful employee, but not one that takes it too far.

When auditors show up and ask to examine records, make sure they get everything they need. You can even go one step further and put all those documents in good order for them. Do not refuse any of their requests, and by all means, don’t tell them that you can’t find something.

Auditors sometimes get suspicious if you don’t cough up the documents. They’ll wonder why you’re so over-protective of them. Act like you have nothing to hide, and you should sail right through the audit.

Inevitably, when you go on vacation or sick leave, one of two things happens. An irate customer or vendor calls your place of work, someone starts investigating, and they find out you’ve been stealing and you are the reason the caller’s account is incorrect. The other scenario is that all goes well while you’re gone, but when management later finds out you are stealing, they compare the suspicious records to those from your vacation time. They, of course, find that while you were on vacation, all the money is intact. When you’re around, funds go missing — proof of your guilt.

Other unfortunate things can happen while you’re gone. The IRS can show up and demand those missing payroll taxes — the ones you’ve been taking instead of sending in. A check from your company could unexpectedly bounce, leading someone to look more closely at the checking account, thereby revealing your theft. Of course, there is always the possibility that an overdue notice from a vendor might come in the mail while you’re gone, also revealing your theft. You don’t want to take any chances with these types of things, so come to work every day.

I’ve always said that if you’re going to risk going to prison, you better make it worth it. However, if you want to successfully steal large sums of money, you’ve got to do it in small increments. Theft of large, round dollar amounts might look suspicious.

How often does your company write out a check for $100,000? Probably not very often. Even in large companies, it may be unusual to write a check of this size for a nice, round dollar amount. Instead, you’ve got to break it up into smaller amounts, and make sure that you’re using odd dollars and cents, so as not to draw any attention to your transactions.

You should also try to find out what dollar amount the auditors use as their “scope.” The auditors usually won’t look at any transactions below that amount, so you can use that as a gauge for your theft. Just make sure that you steal amounts below the auditor scope and you can rest easy knowing that the auditors won’t scrutinize those items.

Computer systems log much more information than the average person is aware, so it’s important to only use workplace computers in a “normal” manner if you don’t want to get caught stealing.

Don’t try to crack the passwords of others, as your login attempts will certainly be recorded. If you know someone else’s password, don’t try to log in as her or him. Surely you will leave a trail that shows you logged in at the wrong computer station, or at a time when that person was on leave, or that you attempted to log in as that person while she was already logged in herself.

Don’t access the computer system at odd hours or from odd locations. If you normally connect to the system remotely, then you don’t have to worry. But if all your computer work is done at corporate headquarters, won’t it look odd that you’re suddenly occasionally logging in from home? You should also avoid logging in at unusual times. If your work is normally done from 8 to 5, won’t it look strange that you’re making certain adjusting accounting entries at 3:00 am?

Never Let Anyone Else in on the Scheme

The more people involved in a fraud, the more likely that someone will talk about it. Secrecy is the key to a successful corporate fraud. Sure, you can usually steal more if you have one or two accomplices. But why risk having them tell someone about what your fraud team is doing?

Don’t tell anyone outside of the company, either. Do you really want your soon-to-be ex-wife going to management and telling them about your theft? Do you want to take the chance that a gossiping friend will tell the wrong person about your heist? People just notoriously can’t keep a secret, especially when it’s something as juicy as you ripping off your employer. Don’t take that risk by telling anyone what you’re up to.

The Moral of the Story

Am I really encouraging people to steal from their employers? Of course not! I investigate fraud for a living and never like to see it happen. Fraud destroys the livelihoods of hard-working owners and employees, and I have no tolerance for theft.

This article was merely a lighthearted look at the things people do which make their frauds successful. Were any of those points terribly complicated or inventive? Of course not! Yet they are often overlooked by owners and managers.

Management would do well to make themselves keenly aware of some of the most basic personal red flags of fraud. By knowing what warning signs to look for in employees, companies will be better able to prevent and detect fraud.