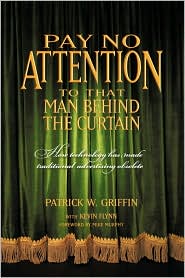 In the United States, Generally Accepted Accounting Principles (GAAP) are required to be used by public companies so that users of the financial statements can properly interpret results. It makes sense to have a set of rules common to all businesses, such that financial statement users can know what various line items and metrics mean.

If companies were allowed to make up their own accounting rules and measures, no one would know what the numbers really mean. And that is precisely what Groupon (GRPN) is hoping will happen when would-be investors look at the company’s numbers.

The Business of Groupon

Here’s how Groupon has been doing business. It has been getting tons of consumers to use its service, essentially buying coupons for discounted products and services at local companies. It is common for companies to offer a Groupon for 1/2 the regular price of a product or service.

There are a couple of  problems for business owners, however. The business is providing a full-price service or product, but generally getting paid only about 25% of the regular price. Smaller businesses can quickly become overwhelmed if too many Groupons are sold. And it isn’t clear that offering a Groupon actually reaches people who try out the company and then become long-term customers. (i.e. There are lots of bargain-hunters out there who will never return to the business after they use the Groupon.)

The concept behind Groupon may be a good one from a business standpoint. Groupon facilitates the transaction between the business and the customer, and takes a cut of the money. But it has been an extremely expensive business to run. Groupon has been hemorrhaging money trying to get more consumers to use their service.

The IPO and the Numbers

Groupon is heading toward an initial public offering of shares of stock, and hoping to have a market capitalization around $20 billion.

In order to deflect attention from the fact that Groupon is nowhere close to being profitable on an annual basis, the company has fabricated a measure it calls “adjusted consolidated segment operating income,” or adjusted CSOI.  What, you ask, is this adjusted CSOI? It is basically a measure that excludes the company’s expenses.

Which expenses are being excluded from the calculation to make the company look more successful?

Adjusted CSOI is operating income of our two segments, North America and International, adjusted for online marketing expense, acquisition-related costs and stock-based compensation expense. Online marketing expense primarily represents the cost to acquire new subscribers and is dictated by the amount of growth we wish to pursue. Acquisition-related costs are non-recurring non-cash items related to certain of our acquisitions. Stock-based compensation expense is a non-cash item. We consider Adjusted CSOI to be an important measure for management to evaluate the performance of our business as it excludes certain non-cash expenses and discretionary online marketing expenses that are incurred primarily to acquire new subscribers. We believe it is important to view Adjusted CSOI as a complement to our entire consolidated statements of operations.

Groupon’s IPO filing says that investors should consider this adjusted CSOI because it shows them the company’s performance excluding “expenses that are noncash or otherwise not indicative of future operating expenses.”

And there’s an additional risk with Groupon… Some say this “daily deals” stuff has reached its saturation point with consumers, leaving little to no place to expand. How will Groupon grow if that is the case?

It sounds fishy, and that’s likely why the Securities and Exchange Commission (SEC) is asking questions about this phony measure, according to The Wall Street Journal.

If any of this feels familiar, it’s probably because you’re remembering the dot-com boom of the late 1990s. Tech companies didn’t feel that traditional financial measures did justice to their newfangled business models. Many of these companies didn’t have profits, or even revenue streams, so they invented their own measures. They claimed these alternative measures were more helpful to potential investors.  And then the tech bubble burst…

How do you measure the success of a company within a new industry, when the business model is unclear and untested?

Apparently it’s all the rage to do some fancy footwork and make up your own accounting standards. Internet game maker Zynga, which had an IPO in July, made up a metric called “bookings,” essentially pretending that all revenue from signed contracts is recognized immediately.  This is a big no-no in the accounting world, as GAAP requires that revenue not be recognized until it is earned.

There’s obviously a big difference between signing a contract, and actually performing the work that entitles you to the revenue. And that’s precisely the point of GAAP – – to give all companies the same standards by which to book their income and expenses, so users of the financial statements know what they’re looking at.

Groupon appears to be trying to fool investors into believing there is some sort of profit, when there isn’t anything close. Pay no attention to the red below the line… instead go back up toward the top and pretend that is our profit.

Groupon has filed an amendment to its original SEC filing, stating that adjusted CSOI “should not be considered as a measure of discretionary cash available to us to invest in the growth of our business or as a valuation metric.” If an investor is not supposed to use that measure when considering the value of the company, what can the investor use it for?

The disclaimer is disingenuous at best. Groupon is presenting the measure because the numbers look horrible when presented using GAAP. Hoping to not get in trouble with the SEC, Groupon gives a flimsy disclaimer, and is apparently planning additional disclaimers.