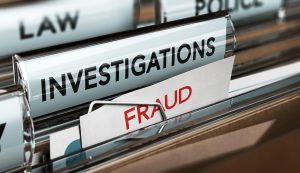 I did a divorce investigation a few years ago that I like to call the Instagram Investigation. The husband was accused of marital waste (dissipation), as he was spending lots of money on his new girlfriend while his divorce was pending. The wife needed to quantify how much he was spending on the girlfriend, but it wasn’t clear who was spending money just by looking at the credit card statements. Until you looked at the girlfriend’s Instagram account and saw all the pictures from her shopping trips. It was a matter of comparing 150+ dated photos (also tagged with locations) to credit card charges to determine what was spent on the girlfriend.

Can we use Facebook to assist with financial investigations? Sometimes. I find that Facebook is most useful when researching relationships between people and tracking the activities of a party. It hasn’t proven to be particularly useful in terms of financial analysis, except when an occasional vacation or automobile purchase is documented on Facebook.

Even if the information I find may be limited, I still often check Facebook to see if there is anything I can use. I have found that Instagram accounts are very often public, so they don’t require permission from the user to see what he or she is posting. On the other hand, most people seem to have privacy safeguards in place on their Facebook accounts. That means you’re not going to see much of their activity unless you are FB friends with them.

Facebook says that more than 2 billion people use the platform, but how are you going to get a look at their data if you’re not friends with them? I’m going to look for a FB account because there is a chance that their status updates, pictures, and profile information are public. Even if their current data isn’t public, they might have old posts that were public and we might learn something from them.

If someone has set up their profile to be private (for friends only), there are still some things that we might be able to learn:

What if you want to go deeper and become a Facebook friend of the target? You can’t exactly use your own profile to do so, or you might tip off the target to the investigation.

Could you use a fake profile to become their FB friend? Of course it’s possible, but it is not advisable. Pretexting activities (pretending to be someone you are not to get private information) is often illegal. At the very least, in the course of a professional investigation, it is unethical. Can you imagine testifying in court as an expert witness and being exposed as a liar because of a fake Facebook profile you used to gather information in the case?

The best approach is to gather whatever information you can ethically. This means taking a look at any and all public social media posts. If there is information that points to spending and assets, use it in your investigation. But don’t cross the line of trying to break into accounts or use fake profiles to gain access to data that the target has made private.