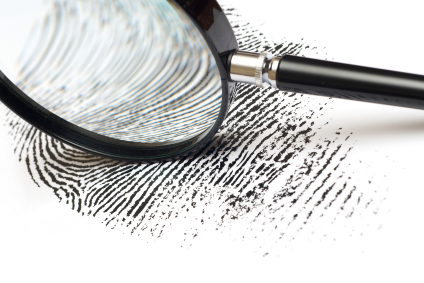 Insider fraud is most commonly detected in companies through a tip, either from an employee, a customer, a vendor, or an outside party. Anonymous hotlines are excellent tools for reporting fraud, but management must have a plan for evaluating these tips.

Some tipsters are okay with revealing their identities from the start. Others fear retribution or damage to their own reputations, so they prefer anonymous reporting. Just because a tip is anonymous, that does not mean it is any less credible than an allegation made by someone who is open about her or his identity. However, if someone is willing to reveal her or his identity when providing a tip, it may lend additional credibility to the information.

Employees are sometimes worried that a hotline or other anonymous reporting mechanism might lead people to make false reports about others. While this does happen sometimes, those reports usually appear suspicious and are quickly identified as meritless.

Legitimate tips usually have specific (rather than general) allegations, sufficient information as to be believable, and a fact pattern that seems to fit with known variables in the workplace (the facts make sense). For example, a tip that indicates Janet in accounting is stealing customer payments would seem unreliable if Janet’s job duties are such that she never comes into contact with customer payments. Management may want to verify that Janet does not have unintended access to those funds. If it can be verified that she does not have any access (authorized or unauthorized), the tip can likely be ruled out as bogus.

In contrast, if a report comes in that William in accounting is issuing payments to a fake company, and he is the employee who regularly generates accounts payable checks, that tip seems to make sense. The details will have to be investigated, but it is immediately clear that this fraud is possible given William’s job duties.

How does management handle a tip? It is not wise to immediately dismiss the allegations, even if they seem completely baseless or are likely a hoax. In those cases, management should do some preliminary verification of facts. If this initial work completely debunks what was reported, it is probably okay to skip further investigation. If the fact-checking finds that some or all of the representations in the tip are true, however, then further investigation is definitely warranted. The more facts that check out and the more serious the allegations, management should consider a formal investigation.

Suppose that a tip comes in about Amy, a commissioned salesperson, creating bogus sales at the end of the month to increase her monthly commissions. Management has noticed that commission payouts have been a bit higher than normal, and that the number of canceled orders has been unusually high. If Amy was causing false orders to be entered into the system, that would cause the commission payouts to be higher than they should. Higher than normal order cancellations could be related to Amy canceling orders after the month is closed and the commissions have already been calculated.

Management could then take the additional step of querying the accounting system to see whose customer orders are being canceled. If Amy’s cancellations seem unusually high compared to everyone else’s, this is another indicator that the tip may be credible. There is enough information backing up the allegations from the tipster, such that management should continue to look into the potential that a fraud is occurring.

Evaluating fraud tips is basically a process of elimination. The information should be evaluated at a high level, and if it seems plausible, then further investigation is warranted. A handful of details are examined against documentation and other evidence, and if the allegations check out, it may become clear that a full-blown fraud investigation is in order.