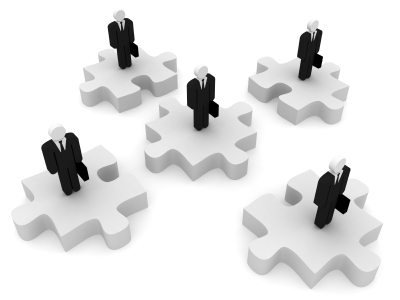 Cases of financial fraud often focus on the core issue of where the money went. Successfully carrying out a fraud scheme involves not only taking the money, but covering up the fraud and hiding the money trail.  But skilled financial investigators know there is always a trail, and while the money may or may not be recovered, it can be located.

Cases involving allegations of security fraud, money laundering, misappropriation of assets, income tax fraud, and Foreign Corrupt Practices Act (FCPA) violations require investigators to follow a money trail. However, sometimes it is difficult to know where to start, or where to continue when you’ve come to an apparent dead end.

Regardless of the type of case for which there is a need to trace the flow of funds, the most reliable source of information is third party records. The records of an alleged fraudster are always suspect. How are we to know if the accounting records have been manipulated?

In contrast, records from a disinterested third party are much more likely to be authentic and to tell the truth about the money. The most common and reliable sources of third party records are banks, brokerage houses, and credit card companies. Except in rare cases in which a secret relationship facilitates the manipulation of these records, they will tell us exactly where money came from and where it went.

Do you know where to start getting these records? It may be simple in the case of a bona fide business with one or two sets of books. Even if the accounting records are manipulated or altered in some way, the records will likely point to financial institutions that hold at least some of the company’s money. The first place to start is the accounts disclosed by the target of the investigation or the accounts documented in the target’s records.

If we’re tracking down a fraudster with no disclosed or confirmed accounts, we will have to be creative. It’s not practical to subpoena every bank in existence, so some precision is required in our investigation. We must look to parties other than the target for information on accounts and activities of the scammer.

For example, an investor in a Ponzi scheme may have canceled checks relating to his investment, and the information on the back of the checks can go a long way in telling us what banks the target was using. Gather together the documentation of multiple victims of the Ponzi scheme, and suddenly several financial institutions used by the fraudster may be revealed. We can then get those records and dig through them to find evidence of other accounts used.

A skilled fraudster is going to tangle a very intricate web of accounts, transactions, people, and entities. Money is intentionally bounced from bank to bank, account to account, and entity to entity in varying amounts with seemingly random timing. These things make it difficult to trace the flow of money and to tie funds to any particular act or scheme.

A capable investigator is going to be able to unravel the mess and make sense of the money movements. This isn’t easy, especially when the number of involved bank or brokerage accounts climbs. Cataloging individual transactions is simple. The more institutions, accounts, and entities involved, the greater the complexity of the analysis.

The difficulty is in ensuring that all accounts and all time periods have been analyzed, and all transactions between these accounts are properly documented. It is easy to get so caught up in the details of individual transactions, that the investigator could lose sight of the big picture. This could result in a failure to analyze all transactions, a missed link between accounts, an overlooked payment to an outside party that be a smoking gun, or a failure to have a complete and accurate tracing of money through the web of accounts.

Don’t think of this as simply a data entry exercise. It is much more than that, and it is a critical part of prosecuting or defending a fraud case. It’s easy for just about anyone to look at one bank statement or check copy and tell me where the money went. It is another thing entirely to look at 100 bank accounts over a period of three or five years and get a complete picture of the flow of funds over time.

What happens when you seem to have come to a dead end in the money trail? There is usually no such thing as a dead end unless you’ve come to a piece of real estate, a boat, an airplane, or a sizable bank account that can be seized (or at least tied up in the legal system for the foreseeable future). Whether a case is civil or criminal, part of the endgame will be recovering the proceeds of the fraud. In many cases, it is the most critical thing, especially for the victims.

If frequent small transactions are all you are seeing, and there is no apparent pot of gold, you just haven’t found the right information yet. Somewhere within all this evidence is a clue to a piece of real estate that was purchased with illicit funds. A payment to a municipality, a utility company, a real estate attorney, or a construction company may hint to the existence of real estate. A payment for a registration fee, to a fuel company, or to an insurance company might lead us to the existence of a luxury yacht.

Again, the key will be to dig deep into the details of the financial transactions without losing sight of the big picture. As questions are raised regarding certain transactions, the investigation still must continue through the remaining transactions. Although one lead may look promising, it should not be the reason to stop going down other roads that may lead to the discovery of other valuable information.

Pulling It All Together

Equally as important as wading through a financial labyrinth skillfully is presenting the findings in a way in which non-accountants can understand it. Attorneys, judges, and juries may need to understand the flow of money in the scheme, so telling a story about the money is critical.

The best way to communicate results to people with varying levels of accounting and financial sophistication is with three approaches: words, numbers, and pictures. The financial investigator should start with an explanation of the work completed and the findings and conclusions. Then set forth summary tables of the most important numbers that are discussed, followed by charts and graphs that further demonstrate the findings. This gives the user an opportunity to see a picture of what has been explained about the disposition of funds or relationships between entities.

When these three approaches are combined, it is much easier for a reader to understand the conclusions that have been drawn after an exhaustive financial analysis. After all, a complex analysis and conclusion that is helpful to your case is not worth anything if the important people can’t understand the opinions and how they were reached.