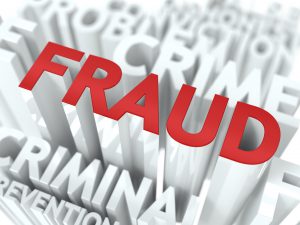 Schemes that involve the skimming of money are very difficult to detect, investigate, and ultimately prove. These types of schemes are carried out before money is recorded in a company’s accounting system. Because of this “off-books” nature of the crime, little to no trail is created for investigators to follow.

Skimming happens at the point of entry of money into a business. The gatekeeper who receives those funds is the most likely person to steal the money. Typical jobs that might involve access to funds in this way include bank teller, waitress, store cashier, salesperson, or medical billing clerk. Hundreds of jobs could afford someone an opportunity to skim funds from a company, but these common examples illustrate the ease of theft but the difficulty of investigation.

Imagine a case involving a waiter or waitress who takes an order from a customer, which includes an appetizer, a meal selection, and a beverage. The customer receives all the food and pays for all the food, but the server has not entered the appetizer into the cash register, and instead pockets that part of the customer’s payment. This is a simple example of how easily a skimming scheme can be carried out.

It is simple to see how this could happen. Instances like this are probably less common in restaurants that use computerized systems and have good controls in place. A restaurant might require that the kitchen not release any food that is not in the computer, with management actively supervising employees to be sure that this rule is followed. That can be a pretty effective control and would go a long way toward preventing skimming by waiters and waitresses. But what about a restaurant in which no controls like this are in place? It would probably be fairly easy for the servers to run a scam like this. How would anyone ever prove it? Unless the waiter or waitress is caught in the middle of the act, how could restaurant management later prove a theft of this nature? It would be very difficult.

In a retail environment, an investigator will look for clues that skimming might be occurring. Telltale signs from cash register data might include excessive voided transactions or no-sale entries. These can be legitimate things that happen during an employee’s shift, or they can be done to make it appear to the customer that the employee is ringing up a sale, while she or he is really stealing the money. By comparing the instance of these void or no-sale transactions between employees and shifts, you may find one employee has an alarmingly high rate.

In an office setting, the process of skimming is usually a little more difficult. Suppose a customer goes to the phone company and makes a cash payment at the window, but does not bother with a receipt. The cashier could easily take this money without entering anything into the record-keeping system, thereby accomplishing a theft by skimming. The customer has no proof of payment, and neither does the phone company, because a receipt was not generated. However, this creates a problem. If the customer’s account is not adjusted to reflect the payment made, the customer will likely complain when the next bill is received in the mail. So although the cashier was easily able to steal the money before it was noted in the accounting system, a red flag of fraud will likely be raised soon unless the customer’s records can be adjusted soon.

The customer may be out of luck without a receipt, but too many customer complaints like this would create a red flag that might alert management to a fraud. Yet imagine how difficult an investigation would be. There is literally no documentation related to the theft. Unless an employee is caught in the act, a fraud may be very difficult to prove. This type of situation emphasizes the need for segregation of duties to prevent fraud in the workplace. If the process of receiving payments and recording payments in the accounting system are separated, the chance of theft decreases dramatically. The cashier could steal the payment, but if she or he has no ability to update account records to conceal the theft, there is less chance the theft will occur.

Skimming schemes can be carried out in numerous ways, and detecting and preventing them varies from industry to industry. No matter what industry a company is within, it is important to develop surprise audit procedures that would uncover a skimming scheme. If you were going to steal money before it enters the accounting system, how would you do it?

If you managed a large apartment complex, maybe you would rent out a couple of the apartments without filing the paperwork in the office. You would collect the rent from those tenants but pocket it, with the property owner never being the wiser. As a fraud investigator, it may be your responsibility to brainstorm how a situation like this could be prevented. How about a regular audit of the allegedly vacant units? Someone who is not responsible for the money and doesn’t  have a chance to steal is required to verify vacancies and submit a report on them. That report is then compared to rent collections and the total rent expected from the property. The person in charge of collecting rent could no longer secretly rent out an apartment and keep the proceeds, because the other employee’s vacancy report would tip off the owner.

Because skimming is so difficult to detect and prove, companies should rely heavily on preventive controls. If employees think they are being actively monitored, they are less likely to steal. Effective tools in the fight against skimming could include:

So how would you actually investigate a case of alleged skimming if it is so difficult to investigate things leaving little to no paper trail? Some ideas include: